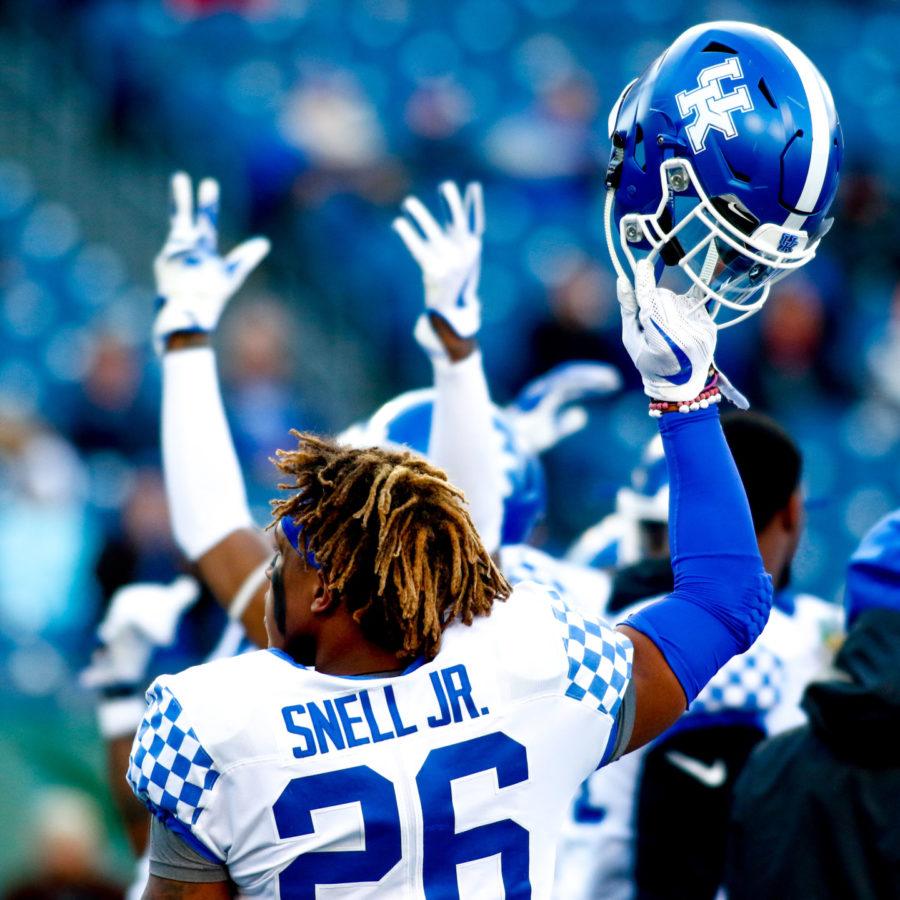 Kentucky Wildcats running back Benny Snell Jr. lifts his helmet to the crowd prior to the Music City Bowl game against Northwestern on Friday, December 29, 2017 in Nashville, Tennessee. Kentucky was defeated 24-23. Photo by Arden Barnes | Staff

Fans watching the big game got a brief glimpse of the commercial when it prematurely aired during a nation-wide blackout.

Snell was mainly featured in the commercial, but many players on next year’s team made small appearances, attempting to create a sense of team unity.

The commercial also showcased the team’s slogan “Get Up,” which is a response to Snell’s ejection in the Music City Bowl.

A link to the commercial can be found below. UK’s 2018 season will begin on Sept. 1.