UK receives the No. 5 seed in the South Region 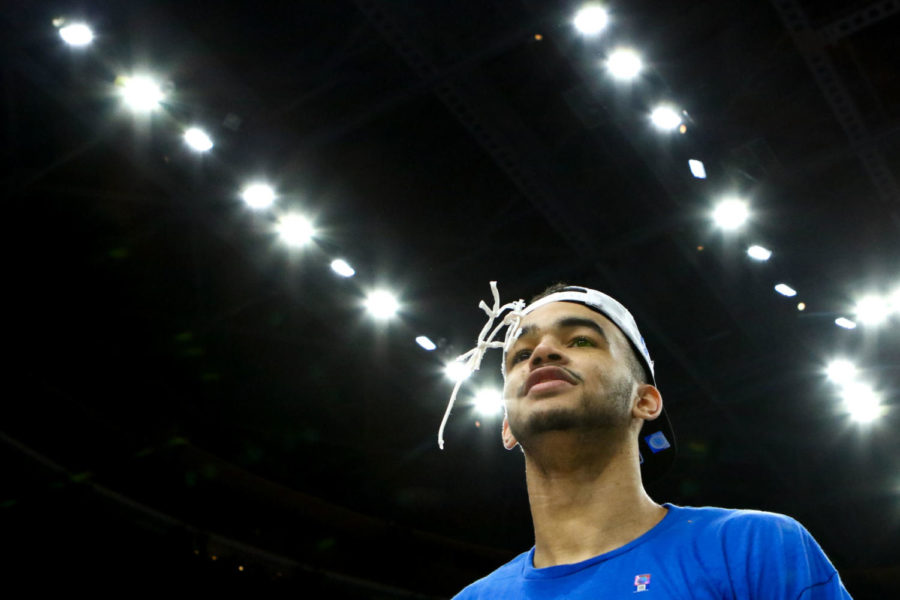 Kentucky sophomore forward Sacha Killeya-Jones displays a piece of the net in his 'SEC Tournament Champions' hat after the win against Tennessee in the SEC tournament championship on Sunday, March 11, 2018, in St. Louis, Missouri. Kentucky defeated Tennessee 77-72. Photo by Arden Barnes | Staff

After winning their fourth straight conference championship on Sunday, UK basketball found out they’d be dancing in the South Region as the No. 5 seed.

They will meet No. 12 seed Davidson in the first round of the NCAA Tournament in Boise, Idaho. That matchup will take place on Thursday at Taco Bell Arena at 7:10 p.m. ET.

Davidson is currently on a four-game win streak after winning the Atlantic 10 conference. They defeated St. Bonaventure and Rhode Island to win the conference championship, both of which are in the NCAA Tournament.

Peyton Aldridge is Davidson’s leading scorer and rebounder with 21.8 and 7.8 rebounds per game.

The Cats previously played Davidson in the first round of the 1986 NCAA Tournament, with UK coming out on top in that game 75-55. In that tournament, the No. 1 seeded Cats advanced all the way to the regional final before falling to No. 11 seeded LSU.

If the Cats get past Davidson, they could meet No. 4 seed Arizona in the second round. The top three seeds in the South Region are No. 1 Virginia, No. 2 Cincinnati and No. 3 Tennessee.

Virginia was the No. 1 overall seed in the tournament after winning the ACC title game on Saturday. Cincinnati and Arizona also won their conference tournaments over the weekend.

If the Cats make it out of the first and second rounds, the Sweet 16 and Elite 8 games would take place in Atlanta.