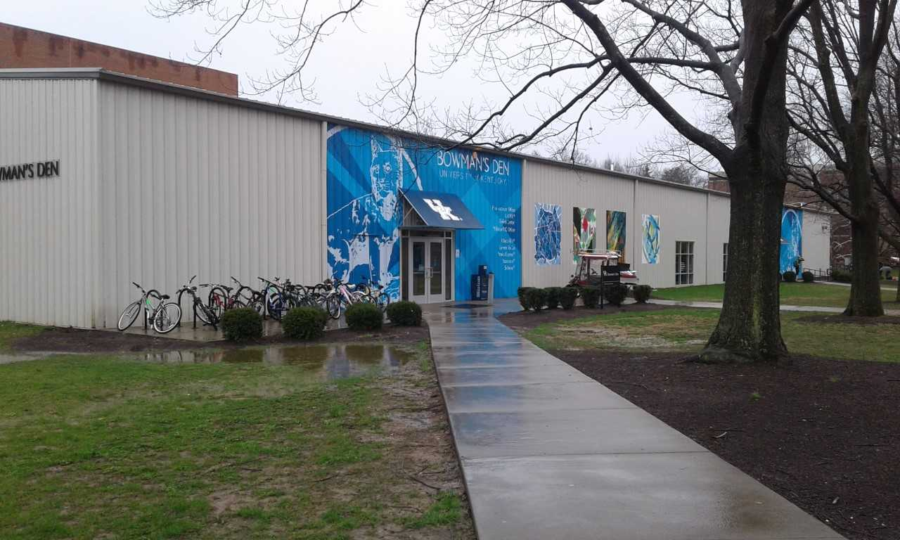 Bowman's Den will be deconstructed this summer, and a new green space for students will take its place.

New and returning students to UK this fall will face a new scene—the completed Student Center and a green space where Bowman’s Den now stands.

In 2015, students changed up their hang-out spaces when Bowman’s Den replaced the student center as a temporary house for its restaurants and some offices. Now, after three years of construction, students prepare to migrate to the new center. For some, they will experience a fully functional student center at UK for the first time.

As the new center reaches completion, it opened its Champions Kitchen this spring. The rest of the center is on schedule to be fully operational this summer, ready for new and returning students this fall.

When the new center is fully functional, Bowman’s Den will be retired.

Karly Walker is a UK senior who will graduate this May. She has fond memories of the former Student Center and is happy to see Bowman’s Den be torn down and a new center available to students.

“My freshman year was the last year of the old student center,” Walker said. She remembers watching movies at the Late Night Film Series, taking UK 101 and meeting friends for a bite to eat.

“My friends and I would meet for dinner at Chick-fil-A or Panda Express, so for me, Bowman’s has always been a temporary home to these places.” Even now, Walker said when she thinks about these places, she thinks of the old Student Center rather than Bowman’s.

Bowman’s Den will be deconstructed over the summer, and the space will be reverted to a green space for the UK community.