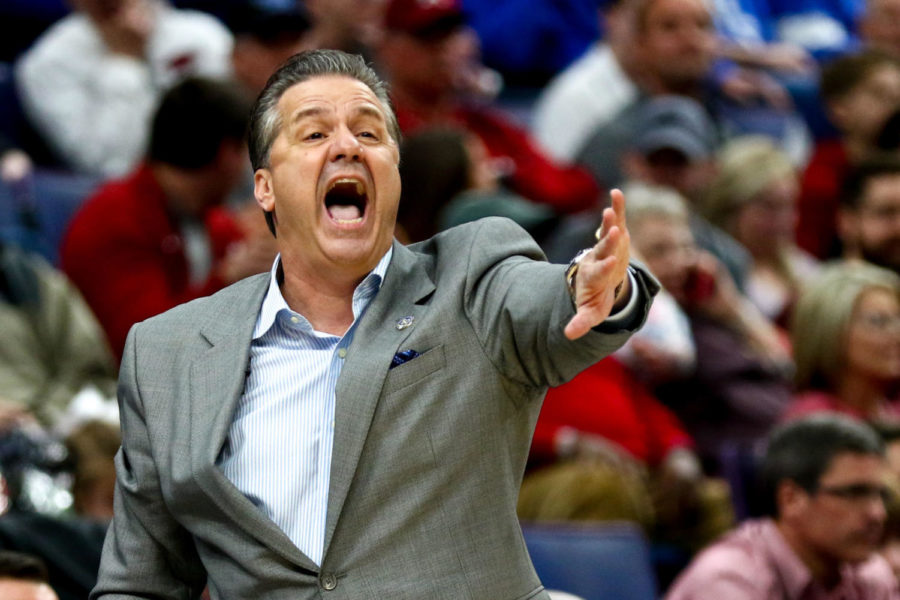 Many would think coaching a bunch of freshmen to be one of the top teams in the country would not be fun, but for John Calipari, he’s having a blast.

The 2017-2018 has been about as bumpy of a roller coaster as any UK season in recent memory, but that isn’t stopping Calipari from enjoying the progress his team has made.

“Of all the years I’ve had, this may be the most rewarding for me personally, to see this team do the things that they’re doing,” Calipari said.

At UK, Calipari’s teams usually dominate their way through the regular season and the SEC Tournament before making a deep run in March.

This year has been the total opposite. The Cats went 10-8 in SEC play, which was good enough to earn them a four-seed in the SEC Tournament. UK went through a four-game losing streak during conference play, which is something that’s never happened at Kentucky while Calipari was the head coach.

They lost at home twice during SEC play to Tennessee and Florida. Both teams would go on to sweep UK during the regular season, giving the Volunteers their first season sweep over UK since 1999.

There have been plenty of other moments that many would think cause the head coach some misery, but Calipari always kept enjoying the season for the way it was.

“My joy is my joy, no one creates it for me and no one will take it away,” Calipari said “I’ve had many people try to steal my joy, they failed.”

In the midst of the four-game losing streak, some fans thought it was time for Calipari to move on from UK, and that it was time to find a coach that would recruit four-year players instead of one-and-dones.

Calipari knows he’ll always have critics while at UK, but it still doesn’t change the way he coaches or recruits.

“In Kentucky we have four million coaches, that’s how many people live in the state, four million,” Calipari said. “If I worry about them, I’ll be up there sitting with them.”

Those four million often try to offer advice to Calipari on social media, but the head coach never sees it.

If this season isn’t enough to alter Calipari’s happiness, it’s unlikely that any season any time soon would. Calipari did say when he stops enjoying what he’s doing, he will retire.

“I don’t feel like I have to do this the rest of my life and then that’s it,” Calipari said.