Around the world in 26.2 miles: UK alumnus races on 7 continents 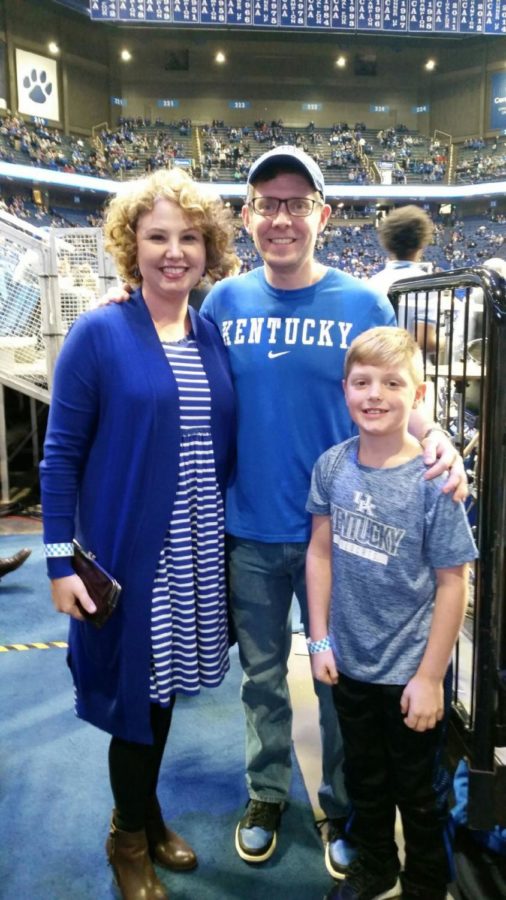 UK alumnus Jason Darnall, center, with his wife, Jenny, left, and nephew Maxx, right, at a UK basketball game. Darnall has completed marathons on all continents.

Running a single marathon is a huge accomplishment for any person, but UK alumnus Jason Darnall has crossed a finish line on all seven continents– a feat few have done.

Darnall has only been running for seven to eight years, but he has already completed 21 marathons as well as two 50-mile ultra-marathons. One race clearly stands out in his mind as his favorite– the Boston Marathon in 2014, which took place a year after the bombing.

“The last turn onto Boylston Street, which is where the bombs went off, the crowd is so loud,” Darnall said. “They make you feel like you just hit a home run to win the World Series.”

From interacting with kangaroos in Australia to having the opportunity to get up close and personal with a lion in Africa, Darnall’s worldwide marathon journey has given him the journey of a lifetime. It all started with his checking off North America, Asia and Europe as a part of the Abbot World Major Marathons, which includes races in New York, Boston, Chicago, Tokyo, London and Berlin. After that, he decided to finish the last four continents.

Throughout the journey, his biggest supporter has been his wife Jenny.

“I admire him for pushing himself in whatever and the goal he sets before himself,” Jenny said.

The self-proclaimed “adrenaline junkie” uses running as an escape from the pressures of his job as an attorney in Marshall County and loves the competitive aspect of the sport.

“My favorite part of racing is winning or finishing near the top and hearing the crowd,” said Darnall.

Jenny joked that one of the biggest challenges with Darnall’s running is the laundry.

For Darnall, racing is about more than just miles. Through contributions from his large family and “very giving community,” Darnall has raised over $10,000 for asthma and cancer charities. Darnall was diagnosed with asthma as a child so the cause is close to his heart. He also chose cancer because it “touches so many people,” he said.

Darnall graduated from UK nearly 20 years ago but he still keeps a piece of his alma mater with him at each marathon he competes in. He grew up cheering on UK and recalled some of his earliest memories of watching basketball games with his grandparents. He knew UK is where he wanted to attend college.

When it comes to new runners, Darnall’s advice is simple “give yourself time to get accustomed to running for long periods of time.”