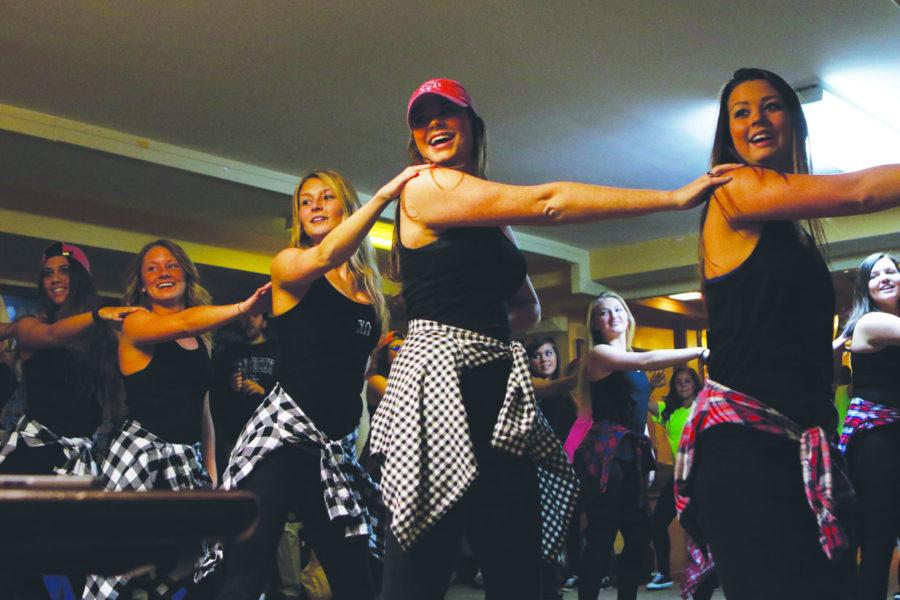 There is a stereotype among non-Greek affiliated people that people in fraternities and sororities just exist to party and get in trouble.

Chi Omega here at UK is partnered with the Make-A-Wish Foundation for its philanthropy. The Make- A-Wish Foundation exists to bring to life the wishes of children who have a terminal illness, like cancer.

This foundation is the philanthropy of all the Chi Omega chapters across the country. It became the official philanthropy for Chi Omega in 2002. The UK chapter of Chi Omega, the Lambda Alpha chapter, has a golf classic in the fall. They also have Greek Sing in the spring, the largest philanthropy event on campus. The proceeds from these events are donated to the Make-A-Wish Foundation.

Maggie Davis, a sophomore broadcast journalism major and a member of the Lambda Alpha chapter of Chi Omega, explained more about what her sorority does for philanthropy here at UK.

“Everyone has different roles in the events. We have committees for both events that aid in the planning, organization and execution of the events, especially with Greek Sing because it is such a huge event. There are dozens of girls involved with committees,” Davis said.

Davis also talked about how in her sorority there is no sister that is without something to do at the philanthropy events.

“There are also sub-committees and other smaller ways for girls to get involved. Each member definitely plays a role in each event,” Davis said.

The Lambda Alpha chapter is responsible for more than one million dollars of the 19 million dollars raised nationally by other chapters of Chi Omega. They have raised more for the Make-A-Wish Foundation than any other chapter. The Lambda Alpha chapter is also the biggest contributor to the regional Make-A-Wish Foundation, which grants wishes for kids in Kentucky, Ohio and Indiana.

Davis talked more about how she has personally experienced the appreciation the kids she has helped grants wishes for.

“It’s really cool because we actually get to meet some of the kids who have their wishes granted because of us, so it’s always really special to meet and get to know the families we’re impacting,” Davis said.

The community service that Chi Omega here at UK is doing is absolutely wonderful. It’s so tragic that these kids are fighting for their lives instead of getting to live their lives as kids normally do at their age.

The members of the Lambda Alpha chapter of Chi Omega, as well as the other chapters of Chi Omega, are bringing hope and light to the kids who are living the darkest lives possible, fighting for their lives daily. For someone or a group of people to do that for those kids is amazing and so life-changing for everyone involved.