UK falls to Alabama in game one of weekend series 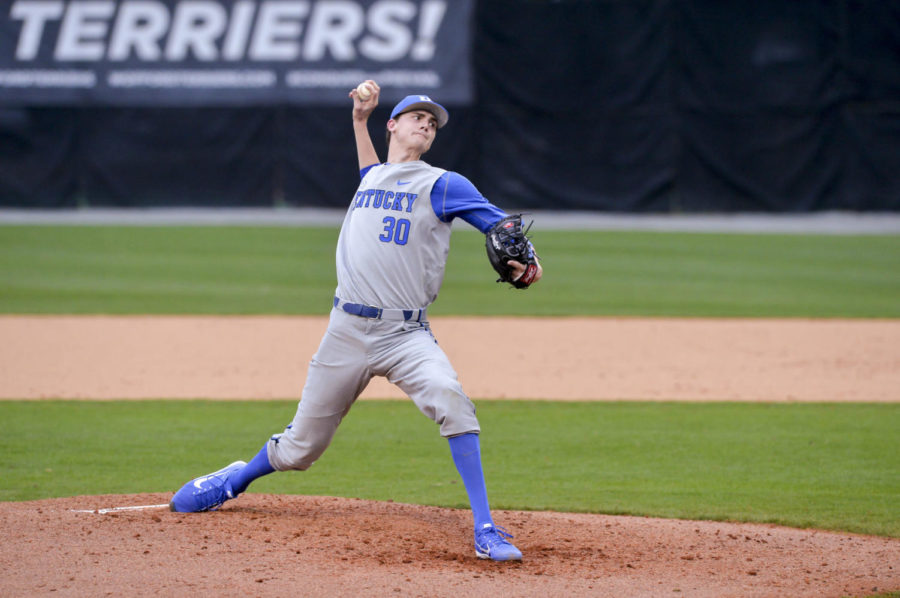 For the first time since 2014, the No. 6 UK baseball team traveled to Tuscaloosa, Alabama, to take on the Crimson Tide, but fell in game one of the weekend series on Friday evening 4-2.

The nerves were apparent as UK’s first road series this season, versus the Arkansas Razorbacks, ended in a sweep. UK had not been swept in conference play since the series against Ole Miss in May 2016 and the shock was evident.

Behind its ace, junior right-handed pitcher Sean Hjelle, the offense could not seem to produce. This is becoming a common theme in past weeks when playing without a home field advantage.

“With him, we had a good plan going forward that he was going to attack with the fastball and I kind of noticed, tonight he wasn’t as strong as he normally is,” Alabama’s third baseman Cobie Vance said about Hjelle.

Hjelle had another subpar outing and it seems that the pressure of the approaching 2018 MLB Draft is getting to him. He pitched seven innings and gave up nine hits and four runs all while striking out seven.

Jimmy Ramsey replaced Hjelle in the eighth but the damage was already done; there was nothing the freshman right-hander could do.

This crucial point in the season is when the team needs Hjelle the most. His success last season made it easy for the team to rely on him to get the Friday win, setting the tone for the weekend.

He has five wins under his belt this season, but the offense carried many of those.

With the Friday loss, the Cats must win the next two games if they hope to win their first SEC road series. They will play game two on Saturday at 3 p.m.