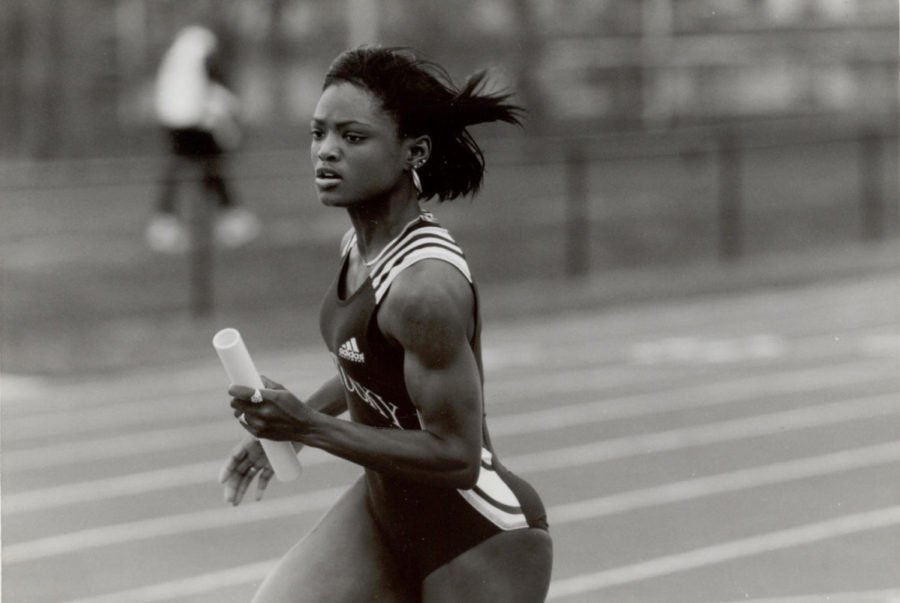 Former UK track star and current academic advisor Passion Richardson was selected as UK’s representative for the Southeastern Conference’s 2018 Women’s Legends Class. The award for Richardson is a big honor.

The honor usually would go to a former basketball player, as eight members of the 2018 Legends class used to play basketball for their universities.

Richardson was the only track athlete in the class and she was recognized at the 2018 SEC Women’s Basketball Tournament.

“It means a lot, and it was a huge surprise you know,” Richardson said.

Richardson is originally from Palmetto, Florida, but back when she was a high school recruit, she saw the opportunity to use track at UK to install the building blocks to success.

Richardson came to Kentucky because she felt it would help her become successful after academics through a great education and great coaching.

The connection came early in her recruitment, the staff that recruited Richardson showed honesty and it made the transition easier.

She also gave her coach, Daryl Anderson, great praise and let it be known that he was a big part of her recruitment to UK. Anderson created a bond with Richardson and her family, as well as the plan he established that attracted them as well.

“Mainly because he wasn’t only interested in me developing as an athlete but also in my personal development,” Richardson said.

“The main thing wasn’t coming to run track, it was a means to an end,” Richardson said.

She undoubtedly used the best of her resources at UK, because after leaving UK she continued her success. Richardson was apart of the 2000 Sydney Olympics, where she would go on to win a bronze medal in the 4×100 meter relay.

After her track career, Richardson decided to come back and coach track at UK from 2001 to 2005.

“I wasn’t ready to leave the sport, I was done running and done competing but I still had passion and love for the sport,” Richardson said.

From 2007 to 2014, Richardson became an academic advisor for the Gatton College of Business and Economics. Richardson’s new goal was to become a student-athlete academic counselor at the University of Kentucky.

Richardson would eventually accomplish that goal as she is now apart of the staff at C.A.T.S., the academic center for student athletes at UK. This job will end up being another notch in Richardson’s belt because she can be a mentor to the young women running track at UK on today’s team.

“Being that I’ve been through this program as an athlete and with coaching, I understand the demands and dynamics of being a student athlete,” Richardson said.