A.J. Rose was in full bloom during Blue-White scrimmage 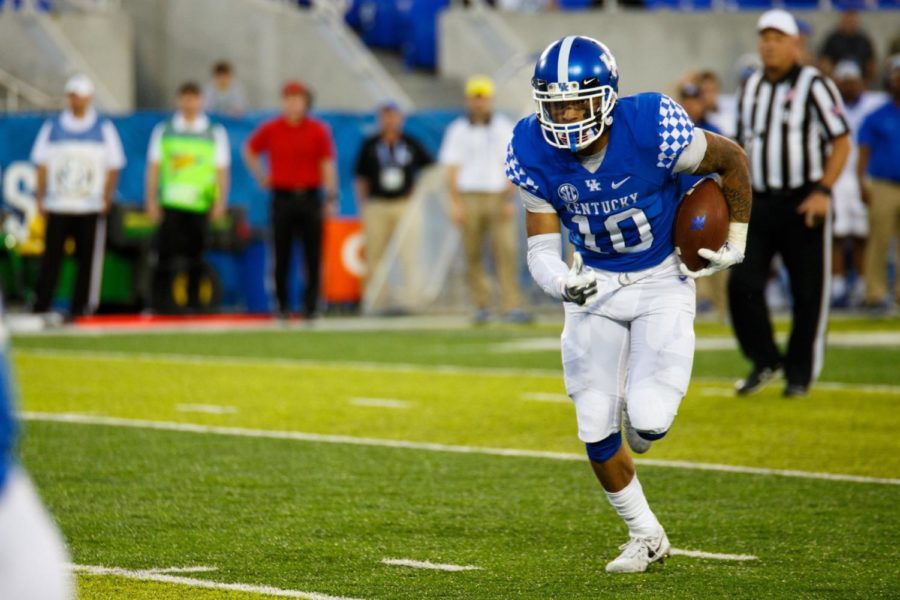 At the beginning of the 2017-18 football season, Chris Leach and I gave our predictions for how UK’s season would go. One of the questions posed to us was to name a breakout player in the coming year.

I chose running back Asim “A.J.” Rose, a redshirt freshman who ended up taking 15 carries for 37 yards, pretty much entirely in garbage time. His most productive game was in a blowout loss against Mississippi State, when he carried nine times for 26 yards.

Needless to say, my “breakout” choice sort of fell apart behind the rotation of star Benny Snell and productive backup Sihiem King. In the 2018 Blue-White Spring game; however, my pick seems to have carried over.

Rose carried the ball for 134 yards, breaking the 100-yard mark before halftime. He’d finish the game averaging 12.2 yards per carry, while scoring the first two touchdowns of the day for the Blue team. He finished with three.

As linebacker Kash Daniel would say, he made the defense “look stupid.” Daniel also said after the game that Rose has that ability, and that he forces the defense to commit to him because of his elusiveness.

By comparison, UK’s all-time career rushing touchdown leader Benny Snell Jr. rushed for 33 yards on six carries. Of course, it is just the spring scrimmage, but Rose showed elite open-field athleticism and elusiveness as he’d get around two or three defenders en route to gains of 20 or more on a regular basis.

Offensive coordinator Eddie Gran was also extremely pleased in the effort put forth by Rose.

Catching up with Rose after the game, Rose said he’s far from challenging Snell for his starting spot as one of the best runners in UK history. The coaching staff that spoke to media, however, agreed that Rose has shown significant improvement since the spring began.

It is just the spring, but Rose showed significant improvement since the last time fans saw him. If he continues on this trajectory, I’ll be inclined to take another shot for him to be my favorite breakout player.