Ale-8 is cheering about a new cherry flavor 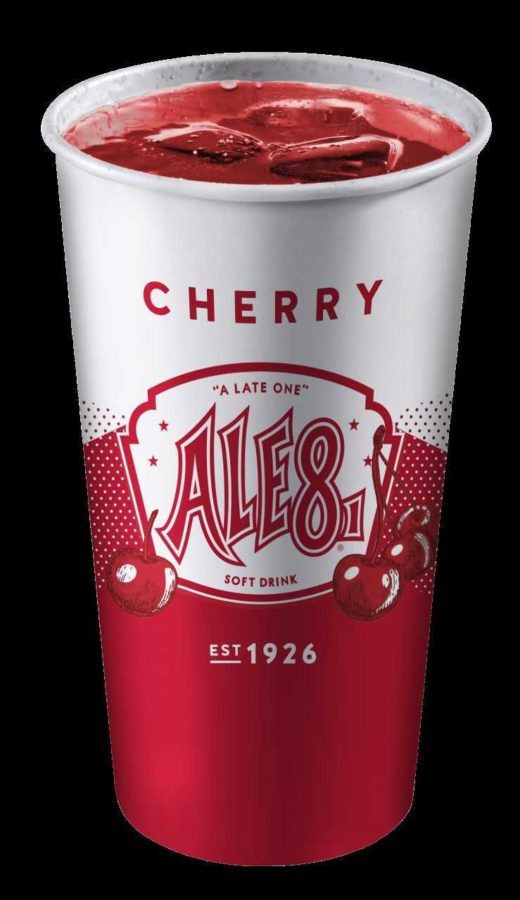 Fountain Cherry Ale-8 will be available in Thorntons in Lexington until the bottling process occurs during the first week of May.

A local soft drink is shaking up its recipe for the first time since 2003.

Ale-8-One is introducing a flavored drink for the time ever. Soon locals will be able to get their hands on a bottled Cherry Ale-8. According to the Winchester company’s website, this recipe variation is only the second in the company’s history, next to Diet Ale 8 released in 2003.

Ale-8-One President Ellen McGeeney said this new recipe is the product of four years of planning. Taking inspiration from the company’s founder, G. L. Wainscott, and the original flavors he made before Ale-8-One, the current company found cherry was Wainscott’s favorite flavor. Only after two full years of experimenting and recipe tweaking did the company believe to finally have the flavor just right.

“We had a lot of pressure to make it Wainscott worthy,” McGeeney said. “Nobody’s ever done a flavor. This better be good.”

According to McGeeney, it was only six weeks ago when the company made the breakthrough with the perfect recipe. The company took its four best samples to local Walmarts and Krogers and asked around 450 customers which flavor they thought was best. The result of this survey is now the new Cherry Ale-8 recipe.

Though this flavor is completely new to the company, the original secret family recipe is still the foundation of this new drink. Besides choosing the right variation of cherry flavoring, McGeeney said it was important to her that the sweetness and calorie count of this new drink stayed the same as the 12-ounce, 120-calorie original. Cherry Ale-8 is made with 100 percent real sugar and owes its red color to a mixture of natural vegetable and fruit coloring, a process McGeeny said took nine months to perfect. This meticulousness and desire for perfection is what has taken the company so long to release the new product.

The company gave the first official tastes of the new drink to its employees in Winchester. After that, Fountain Cherry Ale-8 was taken to businesses in Winchester, then to other locations like Stanton, Mount Sterling and Richmond.

“We did it first in Winchester very purposefully because this is our home,” McGeeny said. “We only exist because our community is so supportive of this company.”

The company is unveiling the new flavor one location at a time because it is in the process of getting their signature glass bottles, according to McGeeny. Cherry Ale-8 is projected to be available by the bottle in two weeks. McGeeny said by Derby Day, May 5, Cherry Ale-8 should be on Kroger shelves. By the end of the next week, Cherry Ale-8 should be in all stores that sell Ale-8.

Cherry Ale-8 will make its debut in Lexington on April 20 beginning at 3:30 p.m. in all Thorntons locations. The Thorntons at 441 Redding Road will hand out samples in souvenir cups to the first 200 customers.