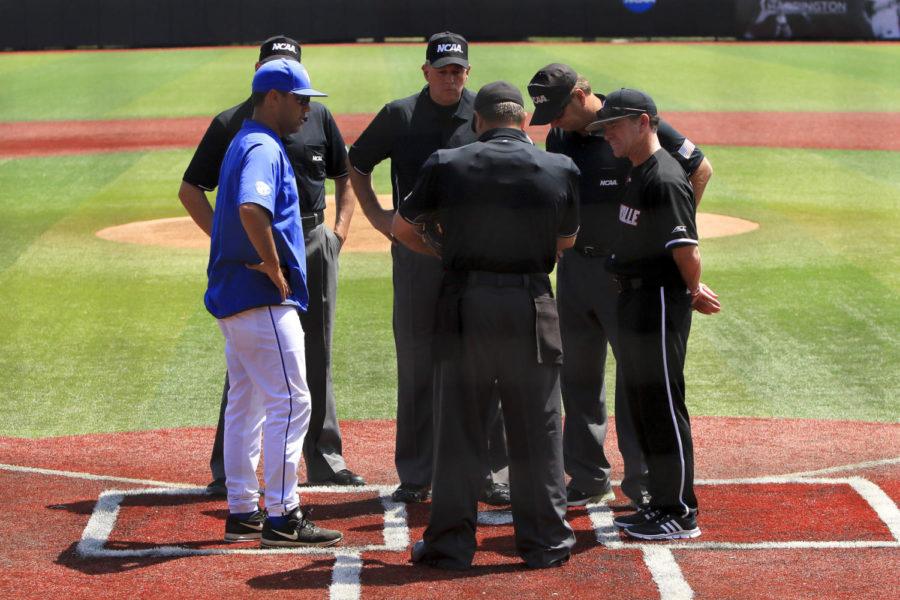 The No. 6 UK baseball will face the No. 20 Louisville Cardinals on Tuesday for the first game of the annual “battle of the bluegrass” of the 2018 season. The midweek matchup will be the final time the two teams will face one another at Cliff Hagan Stadium.

Last year, the Cats were undefeated in non-conference play at home but have already dropped two this season. This game would be a huge win for the Cats as it would give them much-needed momentum and confidence after their struggles in recent weeks.

The Cats are 70-44 all-time versus the Cardinals.

Senior left-handed pitcher Brad Schaenzer will most likely get the start for the Cats due to his experience and success in midweek starts. Freshman Daniel Harper is another possible starter as he has now started in four midweek games.

Junior right-handed pitcher Bryan Hoeing will most likely take the bump for the Cardinals. Hoeing has a 3-1 record and an ERA of 5.18.

With the loss of key players after their appearance in the 2017 College World Series, the Cards have dropped significantly in national rankings. The matchup could be UK’s best chance at a win they have had in many years against one of their biggest rivals.

The Cards are also not the offensive powerhouse they once were. Only two players out of the typical starting lineup are batting above .300.

Kole Cottam (UK junior, catcher/first baseman): Cottam is a force to be reckoned with both offensively and defensively; he currently leads the SEC in home runs with 12 and has a batting average of .358 and an on-base percentage of .461.  Although Cottam is a catcher, he is becoming more comfortable with and finding his home at first base.

Logan Wyatt (UofL sophomore, first baseman): Wyatt has a batting average of .351, an on-base percentage of .500 and fielding percentage of .975. Was named ACC Player of the Week in March and is known for his patience at the plate.

Drew Campbell (UofL sophomore, right fielder): Campbell has the second highest batting average on the roster at .338 and 15 RBI in the 2018 season.

First pitch is scheduled for 4 p.m.