How the budget could impact UK: tenure changes, $16 million reduction, no funds for press 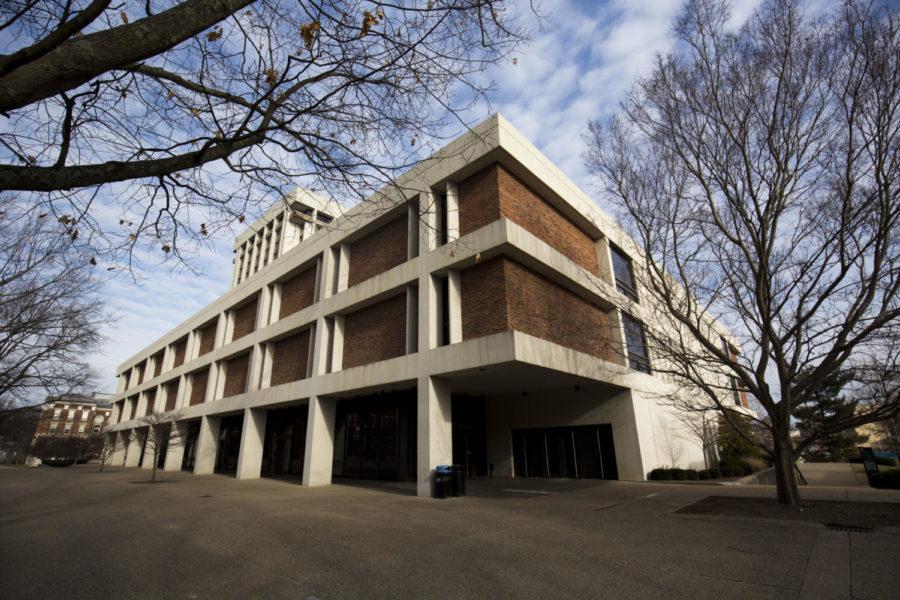 UK faculty are standing together in solidarity as the Kentucky state budget proposals leave room for administrators to attack their tenure.

At an on-campus council meeting Monday afternoon, members of the UK Senate Council stole anxious peeks at their laptops for the latest news coverage as Kentucky legislators voted on state budgetary proposals that could affect UK.

During the council meeting, the Kentucky Senate passed the latest incarnation of the state budget, which allows university administrators around the state to relieve tenured faculty, provided the universities are revamping programs due to budget restraints.

The Kentucky House also passed the budget, and Gov. Matt Bevin’s potential approval of the budget could lead to the tenure changes becoming reality.

“Tenure allows faculty to teach, speak, run their service, as well as their research under this umbrella called academic freedom. That’s really why we fight so hard for tenure,” said Chair of the Senate Council Dr. Katherine McCormick.

The UK Senate Council is the governing body that represents faculty at UK.

In response to the Senate’s vote, the council swiftly passed a resolution urging the UK administration to lobby against this type of language in the future budget cycles.

“I think (the administration) have been fairly rigorous in their position in their support of the governing regulations that really do have strong support for tenure,” said McCormick of the College of Education.

Should Bevin sign the budget, UK will evaluate its current regulations to make sure they align with state laws, and any new policies regarding tenure will be “transparent and fair,” the email said.

Kentucky would not be the first state to experience these sort of tenure changes. UK faculty members sat as spectators as many of their colleagues in Wisconsin faced similar legislature aimed at their academic resources and tenure.

According to a 2016 Inside Higher Education report, similar tenure changes outlined in the Wisconsin state budget saw the University of Wisconsin Board of Regents having to create new tenure policies. Upset faculty turned protesters after they felt the board left them out of the tenure discussion.

“At a lot of state universities, these issues are coming up with state budgets and tenure, so this is not unique to UK or Kentucky,” said councilmember Dr. Brett Spear of the UK College of Medicine. “This is nationwide.”

Following their meeting, members of the Senate Council remained proud of what they had accomplished and hopeful in their fight for the faculty.

The statement drafted by both the UK Senate Council and the administration also addresses many of the other expected changes. All of the proposed changes listed below are still pending Gov. Bevin’s signature.

According to Monday night’s campus-wide email, the 2018-19 fiscal year will see a $16 million reduction of UK’s base appropriation. The email estimates UK will receive $8 to $10 million in state-provided, performance-based funding, which should at least cut the proposed reduction in half.

No funding for University Press

This fiscal year, UK received $672,000 for the University Press of Kentucky. Next year, the state will provide no funding for the Press.

However, this does not mean the Press is penniless.

According to UPK, in the July 1, 2016, to June 30, 2017, fiscal year, 77 percent of the University Press of Kentucky’s operating budget came from earned income and other publishing revenues and grants.

Other Kentucky universities also use the press, and UK said in the email that it will be working with those institutions to “identify ways to sustain the financial viability of the Press over the long term.”

“I feel like it’s going to devalue literature at the university and make it more challenging for students to pursue their path in becoming an author,” said English and history sophomore Shania Goble on the UPK’s possible loss of state funding.

Robinson Scholars gets funding for another year

According to a Lexington Herald-Leader report, the budget allots $1 million in the first year of the two-year budget to UK’s Robinson Scholars program.

The program was not included in Bevin’s initial budget proposals.

How is UK going to cover the reductions?

The email from Capilouto, Blackwell and McCormick concludes by saying that UK will be seeking to cover budgetary reductions—not with payroll and program cuts—but by doing current work more effectively and by seeking “new areas of growth.”

Small “workgroups” featuring faculty, staff and students are seeking feedback and ideas as to how to find creative solutions that address budgetary losses.