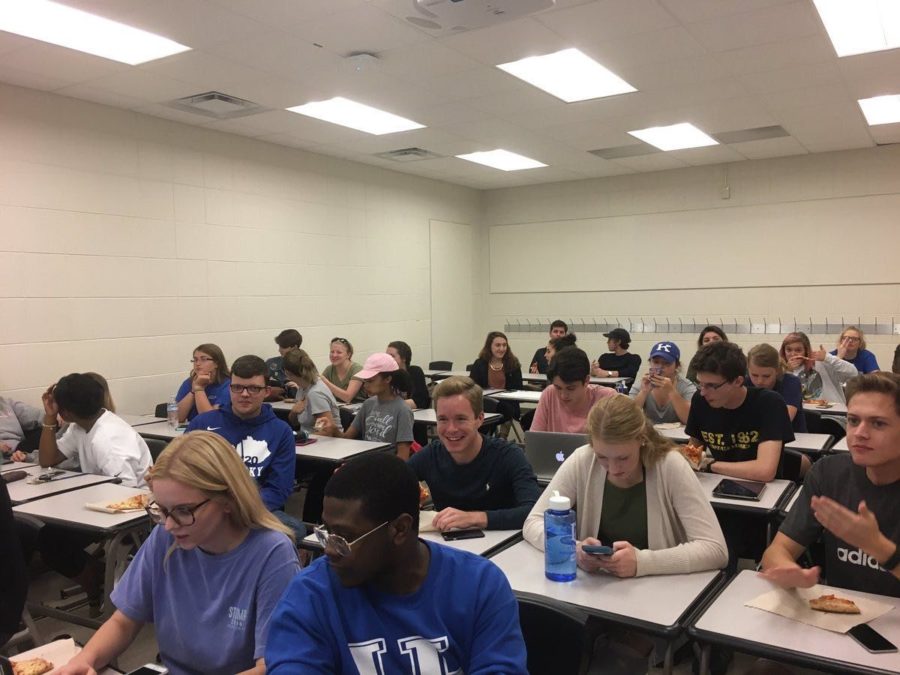 As part of their efforts to educate and inform their community, the UK College Democrats will host Sixth District Congressional Candidate Amy McGrath to speak and listen to students Tuesday.

Janice Chase, a UK College Democrat member, said that the UKY Democrats place emphasis on getting students involved in the community and increasing civic knowledge.

“One of the ways we do this is through allowing students to interact with local candidates through public and open forums, encouraging students to ask questions and inform themselves, regardless of political party affiliation,” Chase said.

McGrath’s visit will follow a theme of inclusivity set by the club.

“We want students of all political background to feel like they are able to ask their questions freely without fear of aggressive backlash,” Chase said. “Outside of party affiliation, we want all students to be informed voters and educate themselves on the issues that may pertain to them.”

Though McGrath is a Democrat, the club recognizes that all students on campus are affected by politics and benefit from learning more about them.

“We strive to give them an outlet to the information they deserve to have,” Chase said.

In this interest, the group will welcome McGrath to speak to the community, and they invite students to come learn about her as a candidate and about politics in general.

Chase said the club looks forward to the discussion students will have with McGrath.

“Many students do not have an accessible way to interact with candidates on such a personal level,” she said, “So we are proud to present a comfortable and student-friendly format that allows students to voice their opinions and ask their questions.”

McGrath is a former fighter pilot and retired U.S. Marine Corps Lt. Colonel. She is running for the upcoming Democratic primary against Lexington Mayor Jim Gray and State Senator Reggie Thomas, among other candidates. McGrath seeks to represent the sixth congressional district, which includes Lexington and Frankfort.

There is no set theme for the talk. It will follow whatever theme is on McGrath’s mind and what the students present want to talk about.

Throughout the year, the UK College Democrats host primarily Democratic candidates as well as non-candidate speakers. Through these events, they learn about civic involvement, politics and government. They hosted Reggie Thomas in the past and have plans to host Lexington Mayor Jim Gray in April.