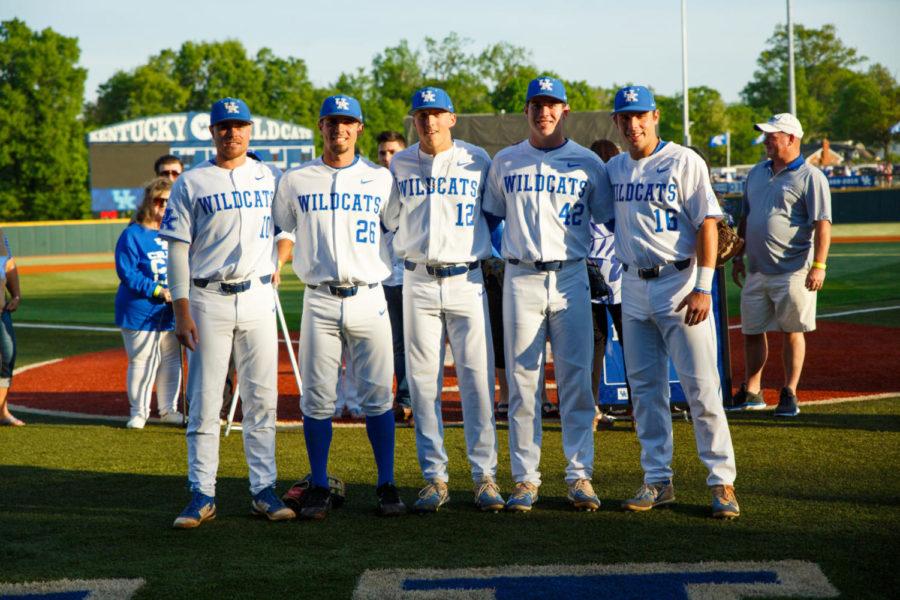 In the final regular-season game at Cliff Hagan Stadium on Sunday, the UK baseball team fell to the Mississippi State Bulldogs, 18-8.

The Cats clinched the series on Saturday with the win, but suffered a massive loss in game three.

Not exactly the farewell that the club was hoping for, but fans still showed out to support the team and the historical day.

The stadium boasts the record of the top 10 overall crowds in the history of the program over the last two years. Over 91,000 fans came out this year, the most ever.

In the second game of the set on Saturday, the Cats recorded the win and went into the Sunday matchup looking for a sweep for the first time in SEC play this season.

The late rally put them on top after a combined pitcher’s duel from both sides kept it a 1-0 game until the eighth inning, when the UK offense put up four runs.

In the final game on Sunday, starting pitcher Brad Schaenzer labored in the first and could not command the ball, forcing the coaching staff to head to the bullpen.

The Bulldogs scored in five of the first six innings and scored 18 runs off five errors and 20 hits.

The loss of Justin Lewis certainly impacted the Cats, but they attempted to get back in it with an offensive surge in the bottom of the sixth that was highlighted by Brayden Combs’ first-career hit and home run.

Fans stayed after the game for the chance to throw out the ceremonial last pitch and officially close out The Cliff.

The Cats will head to Murray, Kentucky, for a midweek game before the final series in the regular season against the Vanderbilt Commodores next weekend.

After that, they will make the trip to the Hoover Met for the SEC Tournament and hope to make an impressive showing as they look to be announced as a regional seed afterwards.

“I love where we’re at right now. I think we are playing awesome baseball,” Mingione said. “It’s my job to make sure that this is not the last game played on our field… This team hasn’t hit its streak yet.”