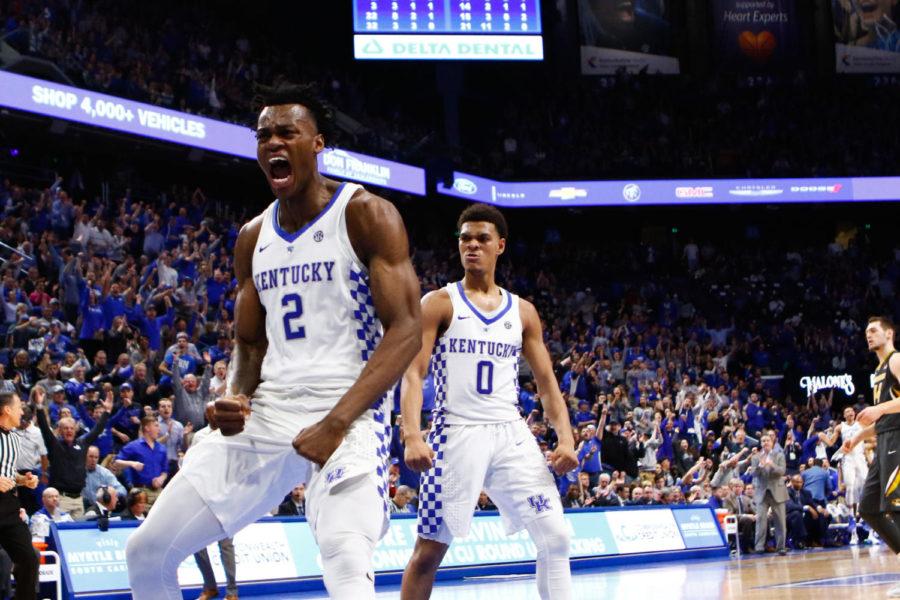 UK basketball forward Jarred Vanderbilt has opted to keep his name in the 2018 NBA Draft, he announced Wednesday.

Vanderbilt’s freshman season at UK was riddled with injuries, as he didn’t play his first game for the Cats until January. He was the best rebounder on the team, averaging nearly eight per game, while also scoring eight points.

His best performance was an 11-point, 10-rebound double-double at home against Alabama in February. Unfortunately for Vanderbilt, another leg injury sidelined him during the postseason, as his final game was the regular season finale loss to Florida.

He suited up for only 14 games for the Cats, and is the last UK player in the NBA Draft that had the option to return to school. Of those that declared, only P.J. Washington opted to return.

Vanderbilt is projected to be a late second-round pick.