Cats taken at all levels of NBA draft 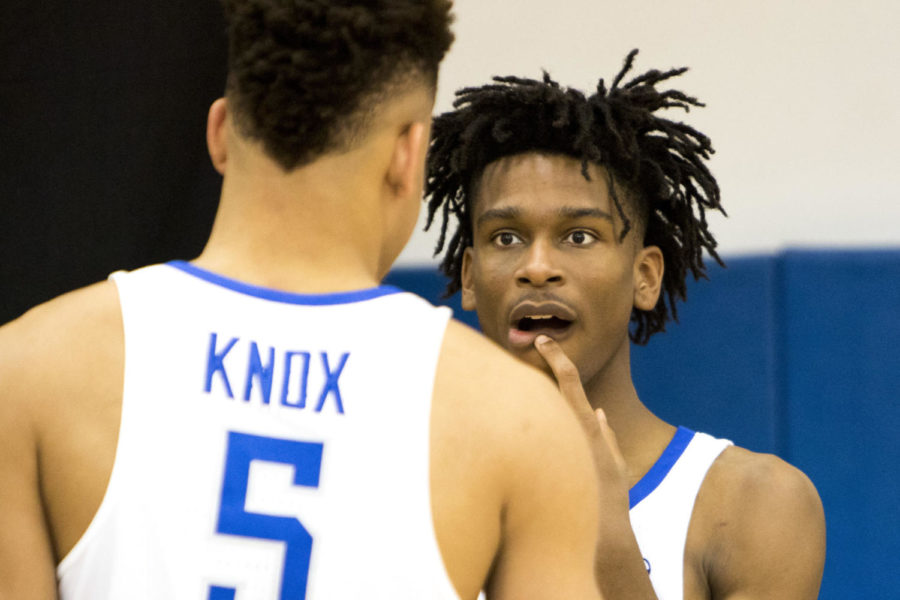 Kevin Knox was the first Cat selected, taken ninth by the New York Knicks. He averaged 15.6 points and 5.4 rebounds in his freshman year at Kentucky.

Knox gives UK a Top 10 pick in the NBA Draft for the 11th straight year, continuing the long line of former UK players selected high in the draft during John Calipari’s tenure as the Cats’ head coach. He was “boo”d by Knicks fans filling the Barclays Center, who wanted New York to draft high school phenom Michael Porter Jr., who was taken 14th.

Knox also joins former Cat Enes Kanter, who was ineligible during the 2010-11 season for UK, his only one before being selected third overall in the 2011 NBA Draft by Utah.

His teammate, the equally-productive Shai Gilgeous-Alexander, was selected second, going 11th to the Charlotte Hornets. He was then immediately traded to the Los Angeles Clippers for their 12th overall pick and two future second-round picks. Gilgeous-Alexander averaged 14.4 points, 5.1 assists and 4.1 rebounds in his lone season with the Cats, wowing the scouts.

“It’s a great feeling,” he said. “Being able to play in the NBA in itself is an amazing experience.”

Other Cats were taken after these two, even though there was a much more sizable gap in their selections.

Jarred Vanderbilt was selected with the 41st pick by the Orlando Magic, kicking things off for the Cats in the second round. He was then immediately traded to the Denver Nuggets, where he’ll play alongside former Cats Jamal Murray and Trey Lyles.

Finally, explosive athlete Hamidou Diallo was selected with the 45th pick overall by the Brooklyn Nets. He was immediately traded to the Charlotte Hornets, where he’ll join two former Cats in Malik Monk and Michael Kidd-Gilchrist.

Wenyen Gabriel entered his name into the draft, but wasn’t picked in any of the 60 spots by an NBA team. He’ll have the opportunity to get on a roster before Summer League, as he worked out for a number of teams before the draft.