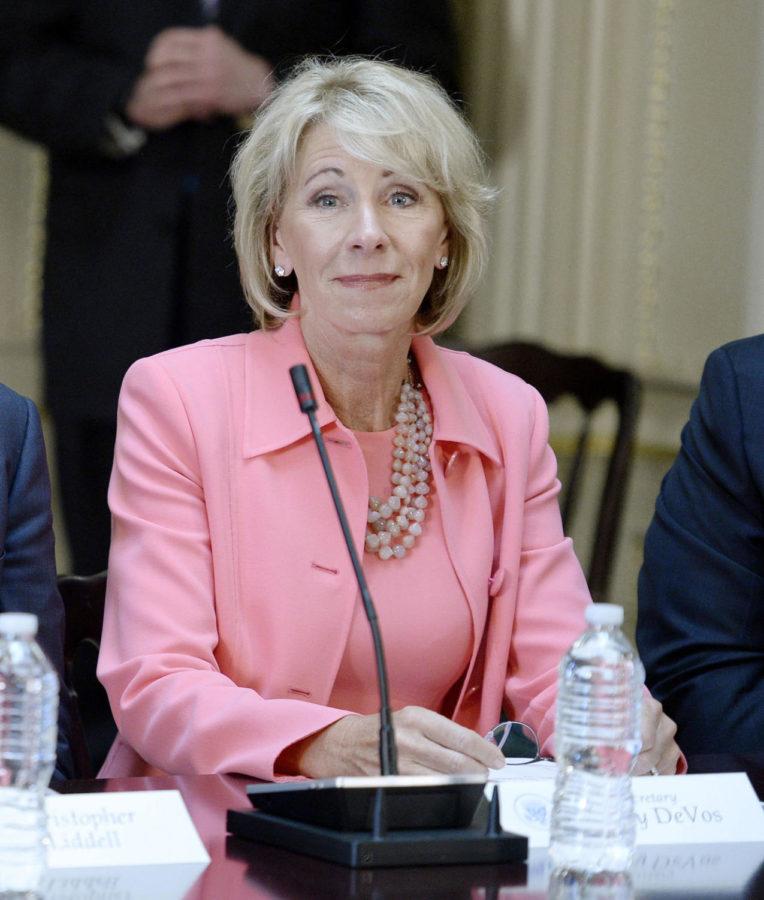 The UK community will now adhere to a new set of regulations outlining the disciplinary proceedings in cases of alleged sexual assault and similar incidents.

President Eli Capilouto announced Monday in an all-campus email that the university had officially finalized its awaited changes to Administrative Regulation 6:2 (AR 6:2), formally known as the “Policy and Procedures for Addressing and Resolving Allegations of Sexual Assault, Stalking, Dating Violence, Domestic Violence, and Sexual Exploitation.”

The president’s announcement is one that has been over a year in the making, after the administration charged an ad hoc committee with the responsibility of addressing sexual assault on UK’s campus.

The quandary of evaluating disciplinary responses to alleged sexual assaults on campus has gained attention, following U.S. Secretary of Education Betsy DeVos’ reversal of the Obama administration’s “Dear Colleague letter” on sexual violence in September of 2017.

The 2011 Obama-era letter penned a set of regulatory policies and specific processes for how universities across the country should handle issues of sexual violence administratively.

In its own “Dear Colleague letter” published in September, 2017, DeVos’ department said its members were choosing to rescind the previous suggestions to “develop an approach to student sexual misconduct that responds to the concerns of stakeholders and that aligns with the purpose of Title IX to achieve fair access to educational benefits.”

Since DeVos’ upheaval of the previous guidelines, it has been up to universities to modify their own regulations as they see fit.

The committee, made up of faculty, students and members of relevant campus organizations, like the Center for Research on Violence Against Women, met weekly until it submitted a report of its year-long findings and a new draft regulation to the administration in June 2017.

In its research, the committee received presentations from the VIP Center, reviewed information about cases of sexual assault on campus and examined media coverage of instances of campus sexual assault.

After joint review of the proposal from members of the committee and administration and endorsement by the University Senate, these finalized changes to AR 6:2 went into effect June 18.

A “preponderance of evidence” will continue to be the standard by which members of the Sexual Misconduct Hearing Panel determine whether policy was violated by members of the UK community, meaning that more than 50 percent of evidence must point to a certain verdict for it to be enacted.

The president will no longer make appointments to the Sexual Misconduct Hearing Panel Pool. Now, each college will be required to send a certain number of faculty members to the pool, according to the regulation.

Now, in cases of alleged sexual assault, the disciplinary panel must be unanimous in determining that a respondent is responsible of committing an infraction, according to the regulation. This means that all three members of the panel must agree, where the previous regulation specified only two of the three panel members must agree.

The newest changes to AR 6:2 also eliminated the possibility of a party in a sexual assault case of appealing a determination of “not responsible.” Now only a finding of “responsible” may be appealed, according to the regulation.

“In this way, we are working to ensure due process for all parties involved, both the victim survivor and the person accused,” said UK spokesperson Jay Blanton.

These changes were the “result of concerns and suggestions made by a variety of persons within the University Community,” according to Capilouto.

Although the administration worked with the ad hoc committee on sexual violence to determine these new regulations, this most recent incarnation of AR 6:2 doesn’t include all of the committee’s recommendations.

Among its absent recommendations, the committee pushed to include a pool of funds available for both complainants and respondents in cases of sexual assault to hire attorneys.

“Of course I would have been thrilled if they had accepted all of our recommendations, but I believe the new regulation includes important elements that were proposed by the committee,” said Bird-Pollan. “Overall, I think the creation of this regulation has been a model of collaborative effort by faculty, staff, students, and the administration around an issue that is extremely challenging and contentious.”

From August 1, 2016, to June 1, 2018, the Office of Institutional Equity and Equal Opportunity had received 417 reports that fall within the Title IX and sexual misconduct headings or review, according to Blanton.

Not all of those reports made it to a sexual misconduct hearing or were adjudicated.

“I am proud of the way our campus is talking about these things, and I think we are headed in the right direction,” said Bird-Pollan.