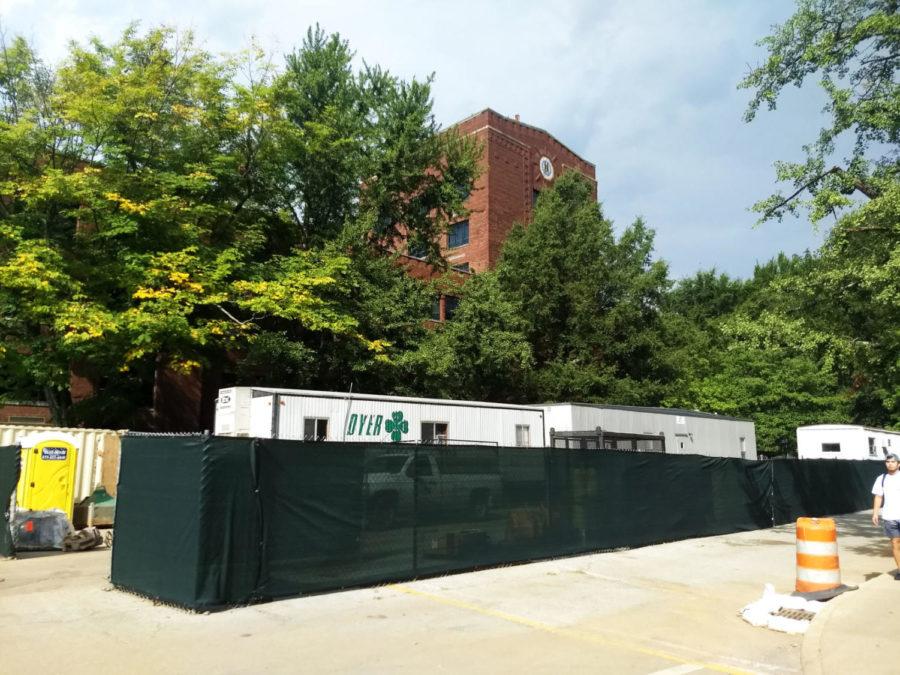 Construction near the Funkhouser building is obstructing common walkways used by students on campus. Photo by Emily Laytham

It looks like students hoping to cut through the Funkhouser parking lot on the way to their fall semester classes will have to cut their losses instead.

Construction on central campus, which currently blocks the parking lots of the Funkhouser and Chem-Phys buildings, is not scheduled to finish until February 2019.

The project began in May of this year and involves the installation of new and repaired steam vaults and lines, said UK spokesperson Jay Blanton. These steam lines provide hot water and heat to buildings on campus.

According to UK’s Capital Construction Project Manager Angela Walton, the current steam lines are of varying ages, but most are due for replacement and revitalization.

UK’s official website classifies the construction as part of the Facilities Renewal and Modernization and Deferred Maintenance Project, which also includes work on the Law Building and Grehan Journalism Building.

The central-campus construction is in the first of its three phases.

The first and second phases will be along Library Drive and Funkhouser, Walton said. The third and final phase will shift between Funkhouser and Breckenridge Hall until completion, at which time the lots will be open to traffic again.

But for now, the fences remain up, and detours are plentiful for UK students on the way to class.