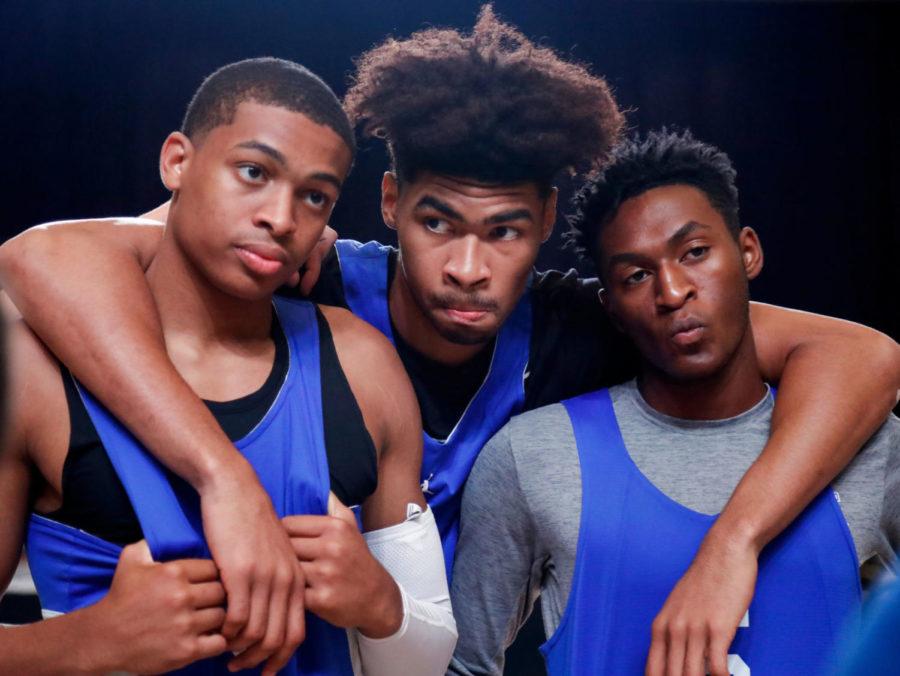 While football season is taking the stage in just a couple weeks, Kentucky basketball is never far from the minds of Big Blue Nation fans.

The Cats had a recent eight-day stint in the Bahamas, in which they played four games against professional teams from various countries– the Bahamas National Team, San Lorenzo Del Almagro, Mega Bemax, and Team Toronto. Kentucky won each match-up by at least 24 points, showing fans what’s to come in the 2018-2019 season.

Kentucky fans are used to getting to know a new team every season, and this year is no exception after losing four players to the NBA and gaining six new players in freshmen Tyler Herro, EJ Montgomery, Ashton Hagans, Keldon Johnson, Immanuel Quickley, walk-on Zan Payne, and graduate student transfer Reid Travis.

It’s too early to tell exactly who will be in the consistent starting rotation, but it’s never too early to look ahead and take a dive into what we learned from the Cats’ trip to the Bahamas.

Although the Cats have a lot of new players to watch for, several returners from last season should be expected to make an impact on the court this year. Guard Quade Green and forwards Nick Richards and P.J. Washington will be seen a lot on floor for Kentucky.

It became clear in the Bahamas that all three have improved, but the unofficial award for most improved will be given to Richards. Kentucky head coach John Calipari said in a press conference that Richards “has never been a better player in his life.” The Jamaica native is playing much stronger on the inside, blocking shots and turning the ball over less, coming a long way from last year’s season when he played no more than eight minutes in any of UK’s postseason games. The sophomore scored 19 points on 6-of-7 shooting in Kentucky’s first game in the Bahamas.

Kentucky’s physicality and size helps them stretch the floor and will give them options on defense, something Calipari has spoken on this preseason.

Transfer Reid Travis will be adding to Kentucky’s post play, but it’s up in the air if the graduate student will be a starter for the Cats.

Travis brings toughness and maturity to this year’s squad – maturity being on the list of attributes Kentucky has lacked in its consistently young teams. The two-time First Team All-PAC 12 player brings experience and ability to communicate on the floor, something that Calipari said has rubbed off on the rest of the team.

“Physically, he’s beating some of the guys up a little bit, which is good for them,” Calipari said.

Freshman guard Tyler Herro is proving to be an early fan-favorite and will add to Kentucky’s impressive backcourt. Herro shot the lights out (literally, as the lights went out during Kentucky’s second game in the Bahamas when Herro had 22 points on 7-of-10 shooting), adding to his reputation of being a knock-down shooter. The Wisconsinite proved his abilities to spot-up, make turnaround jump shots, drive to the basket and nail free throws. Expect Herro to be a big playmaker for Kentucky this year.

Quickley and Hagans also will play a part for Kentucky, adding even more quickness to the backcourt. Both freshmen will be able to provide a variety of stats for Kentucky, since both proved an ability to shoot, attack the defensive glass and share the ball.

All in all, Big Blue Nation has a lot of talent to look forward to this season – this team’s unselfishness and chemistry on the court will make for a fun season for college basketball fans.

The Cats will take the court again on October 21 for the Blue-White game.