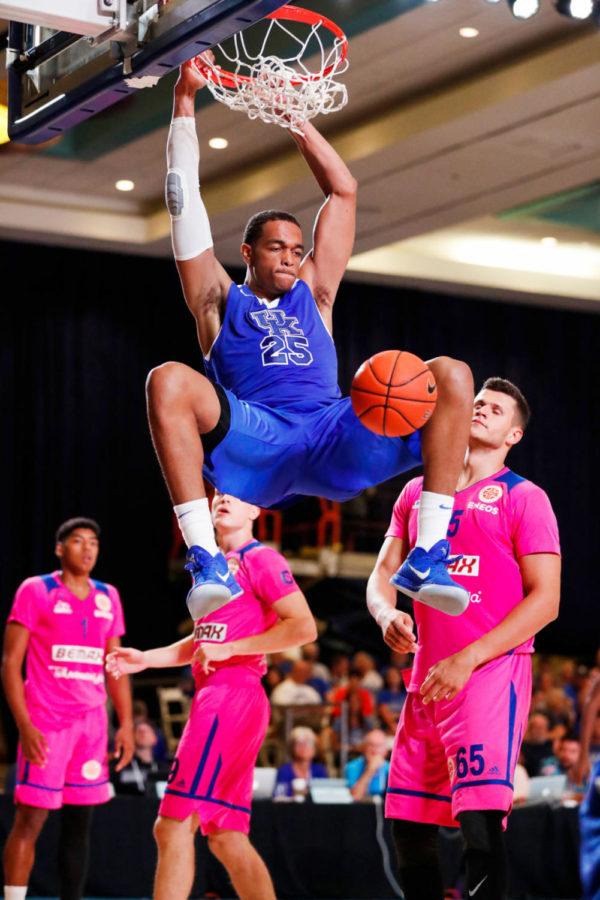 With the addition of six teams, the Kentucky men’s basketball’s remaining non-conference schedule has been released, and it’s quite possibly toughest schedule the Cats have seen in a while.

The in-state rival Louisville game has been set for Dec. 29 at the KFC YUM! Center in Louisville.

Sixteen of Kentucky’s overall 26 scheduled opponents played in the 2017-2018 postseason. Twelve were in the NCAA Tournament.

“This could be the most difficult schedule we’ve played in my time here,” UK head coach John Calipari said in a UK press release. “The only teams we left off were the Golden State Warriors and the Los Angeles Lakers.”

Calipari said the goal in creating a schedule is “to test our team while creating opportunities to learn and grow.”

“This one will have more than its fair share of challenges, but my hope is that be season’s end, as we enter the tournament, we are prepared to play anyone and face anything a team tries to throw at us,” Calipari said.

In addition, three of UK’s scheduled opponents made it to the Sweet 16 or better.