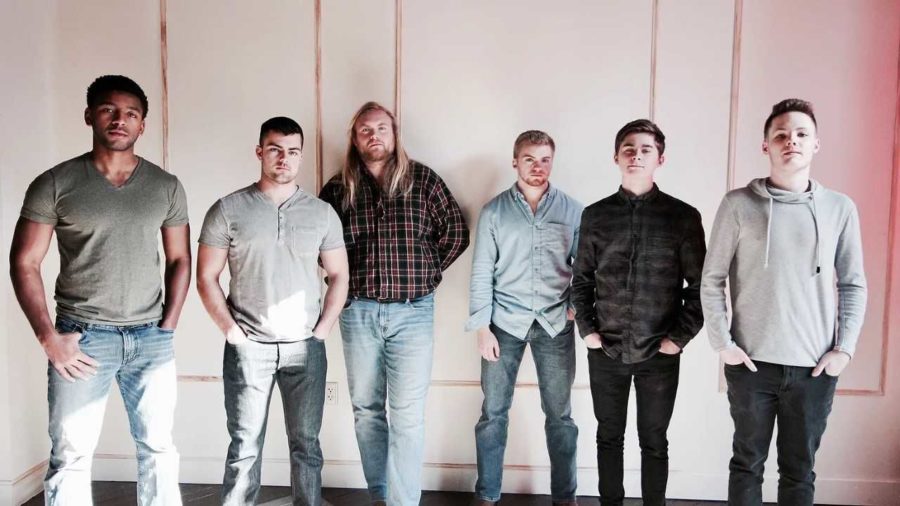 On Aug. 3, UK Athletics announced the result of its annual Opening Act contest: Brother Smith won and is set to take the stage.

Thanks to the support of its Twitter fans, the band of five will be the opening act for the first UK Football Pregame Concert of the season.

Brother Smith formed back in 2013 with members Wesley Smith, Aaron Smith, Brogan Dutcher, Flint Mallcum II, Jack Steiner and, on regular occasions, Eric Wurzelbacher. The history of the band is one of many connections. The namesake brothers, Wesley and Aaron, met the other members through school, work and other bands. One connection led to another until they became what they are today: a mix of 20-something-year-old Cincinnati/Northern Kentucky guys who enjoy making and playing their mixture of bluegrass, rock, funk and soul music.

Based on the contest results, fans like listening to the band’s music as much as the band likes playing it. Brother Smith was only one of eight bands competing for the opening act spot. Among the other acts were Magnolia Vale, Joslyn & The Sweet Compression, Avery Glenn Crabtree, Jericho Woods, Isle of Eight, Jordan English Band and Insulated.

Fans took to Twitter to try to win their favorite performers a spot on the stage. However, when the polls came down to the two finalists, Brother Smith and Magnolia Vale, only one could win. With a 57 percent to 43 percent voter turnout, Brother Smith secured their spot as this year’s opening act.

“If felt great seeing everyone we have met and performed for in the past 5 years really rallying together. We’ve got the best support in the world in my opinion,” the band said in a statement.

The band will be performing as the fourth ever UK Football Pregame Concert opening act and is only the third act to have been voted on stage via Twitter poll. The tradition of the concert goes back to 2015 as a way to generate excitement for the first game in the newly-renovated stadium. Guy Ramsey, UK Athletics’ Director of Strategic Communications, said it only makes sense for the tradition to continue. As far as Brother Smith, it also made sense to have the band perform.

“They fit our criteria really well being local. I think we loved the idea that they started out with two brothers who have a long history together,” said Ramsey. “I think they really built a pretty cool following and we really like the fact that they’ve got that unique blend of a bunch of different genres, which that’s key to appealing to a broad audience at Kentucky football games because it’s a diverse group and we want to make sure that everyone has something that entertains them. Brother Smith clearly fit that bill and I think that’s why they won this contest.”

The support the band received was wide-reaching. Quinten Henry, a sophomore at Arizona State University, rallied behind the band on Twitter. To him it was easy to support a group with such an “extraordinary” sound.

“Brother Smith is in the same fraternity as I, Pi Kappa Alpha, so when we heard a brother needed some help winning a contest we couldn’t wait to get on Twitter to show our support,” said Henry.

Brother Smith will be performing on Saturday, Sep. 1, outside of gate 12 at Kroger Field immediately following the Cat Walk at 1:15 p.m.

“We are pumped to play at the pregame and hope everyone else is too,” said the band members in a statement. “We hope for the audience the same thing we hope for all audiences: Everyone have fun and don’t think too hard.”