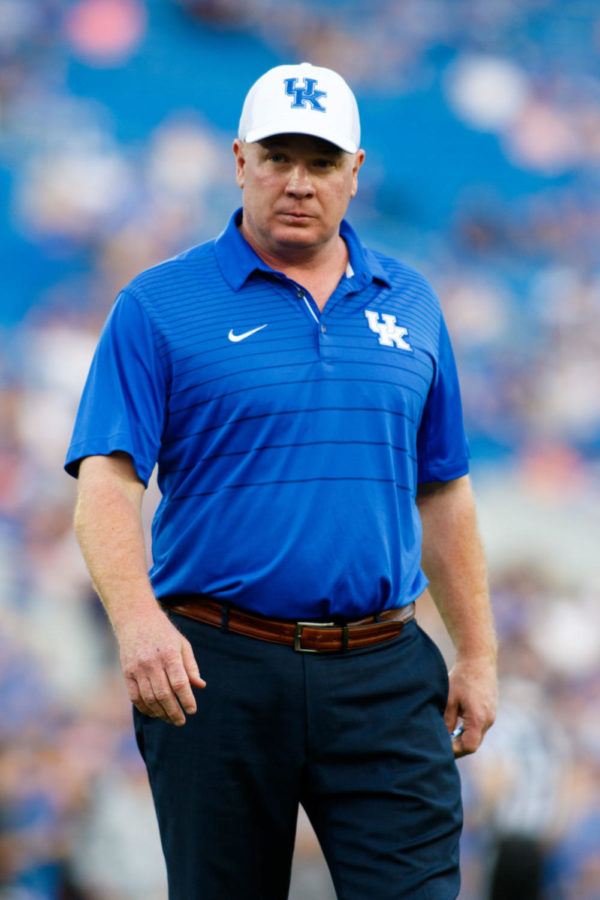 As Mark Stoops walked slowly up to the podium he had sat at so many times, for so many press conferences, the news announcement he was planning to make made his steps heavier and slower.

UK football defensive end Josh “Blitz Baby” Paschal had recently been diagnosed with malignant melanoma, an aggressive type of skin cancer found at the bottom of his feet.

Stoops announced last week that Paschal was undergoing a minor procedure, which was removing the skin lesions that the doctors found to be the disease. When results came back from those tests, Paschal was immediately diagnosed with melanoma and began treatment. He had another procedure done on Wednesday.

“Josh wanted to be up front with this,” Stoops said. “Josh and his family are handling it well, and wanted to be open about this so there was no speculation.”

Melanoma is the most aggressive and most dangerous form of skin cancer. Malignant means that the disease is being aggressive or irritable towards Paschal. The average age of someone that suffers from malignant melanoma is 63. Josh Paschal hasn’t yet reached his mid-20s.

The survival rate for early-stage melanoma is close to 100%, and about one in 10 melanoma patients are expected to pass away due to the condition in 2018, according to the American Cancer Society.

It’s unclear what stage Paschal’s melanoma is in, as Stoops has asked for privacy for Paschal and his family during this time.

Offensive line coach John Schlarman is also suffering from an unspecified health issue, which Stoops said he will provide updates about as they become available. He expects both individuals to miss time this season and has plans in place to fill their roles as necessary, since the season is now less than a month away.

Stoops also said that the Paschal family wants to remind others to observe unnatural changes in their skin, and to get anything suspicious or abnormal looked at, because of the potential dangers it may cause.