From Iowa hardwood to UK gridiron: Wagner’s switch from one college sport to another 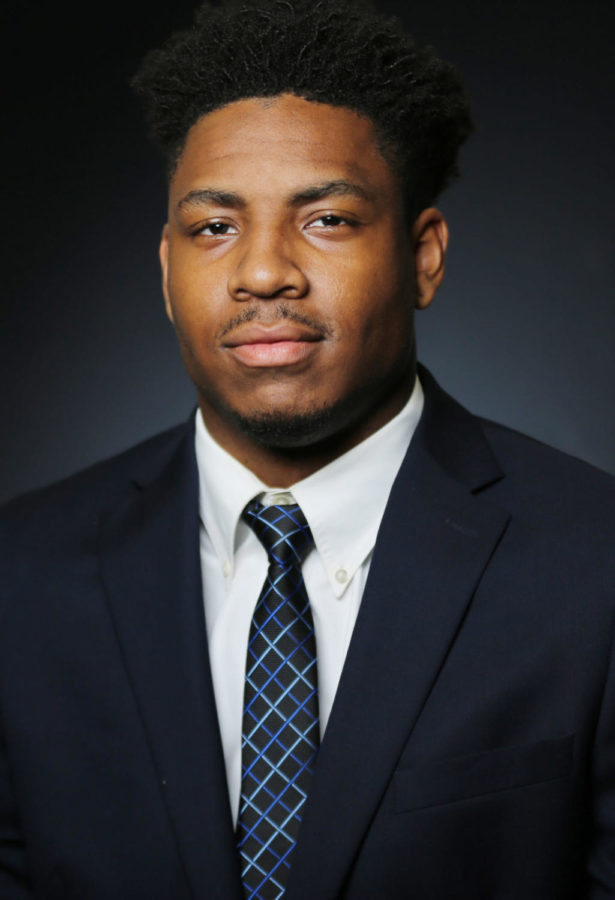 When Ahmad Wagner goes to his first class of the fall semester on August 22, he will have already logged almost three weeks of practice toward his upcoming season, something he is not used to doing.

It has been four years since Wagner stepped on the gridiron, in his senior season at Wayne High School in Huber Heights, Ohio. Wagner caught 58 passes for 1,028 yards and 17 touchdowns that year, which earned him first team all-conference, all-state and all-division honors.

It even earned him an offer from Vince Marrow and Kentucky.

However, Wagner was also a talented basketball prospect– also earning first team all-conference, all-state and all-division honors in basketball his senior year. His success on the court led him to choose basketball over football at Iowa.

At Iowa, Wagner showed potential of being a great player, as he won the team’s most improved award after his sophomore season, where he made 18 starts out of 34 games.

It was also after his sophomore season that Wagner started missing football and wondering if he should leave basketball for the pigskin.

“I was a little nervous at first because I didn’t know how the whole switch would work, but it was something that I really wanted to do,” Wagner said.

After his junior season of basketball, when he made fewer starts and played his least amount of minutes per game, Wagner decided to switch from basketball to football and leave Iowa. Wagner’s recruitment was open once again, but instead of choosing a sport, he could fully focus on choosing a school.

Wagner received interest from plenty of schools, including Iowa, but in the end, it was UK’s coaching staff that made him want to come to Lexington.

“They told me what I could do here and what they see my future as and I really liked what they were saying to me,” Wagner said. “It was a trust thing because they recruited me out of high school as well.”

What Wagner could do for UK remains a mystery, but he’s expected to contribute to a receiving corps that lost five lettermen from last season.

Wagner believes he can carve himself out a role once he relearns the basics of football, which he has not gone over in four years.

“I feel like I’ll be able to pickup on things a lot faster and just use my IQ and use my maturity to be able to help on the field,” Wagner said.

Running out onto the field instead of a court will be a different experience for Wagner, but he’s excited for the opportunity and not regretting the switch.

“It’s college athletics, it’s always exciting, it’s always fun to get into,” Wagner said. “It’s a different atmosphere obviously but it’s something I’m excited and ready to take on.”