UK men’s basketball set to play in the Bahamas 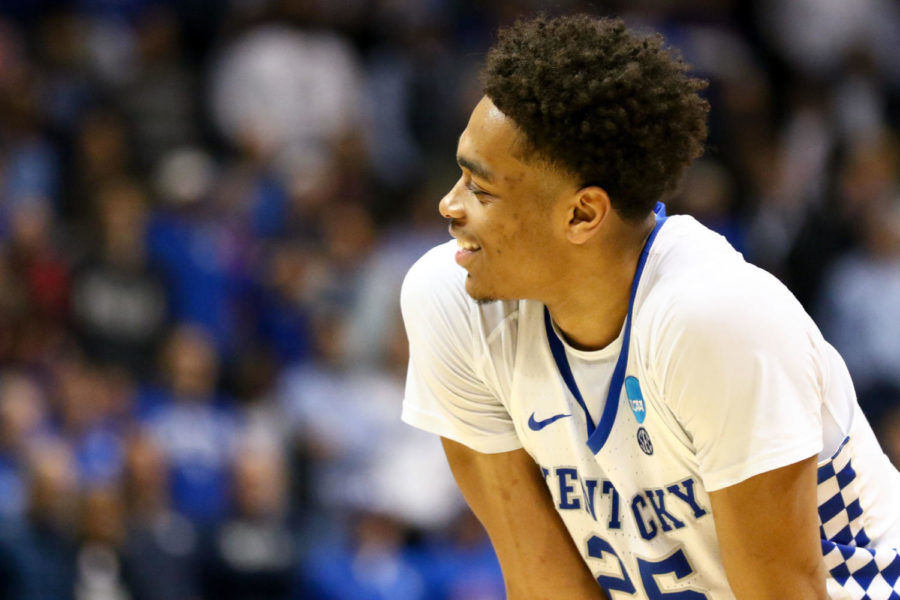 Kentucky freshman forward PJ Washington prepares to shoot a free throw during the game against Kansas State in the NCAA Sweet 16 on Friday, March 23, 2018, in Atlanta, Georgia. Kentucky was defeated 61-58. Photo by Arden Barnes | Staff

The boys in blue (and white) take the floor together for the first time this season as the Wildcats travel to the Bahamas for an eight-day, four-game trip. The trip includes games against the Bahamas National Team, San Lorenzo de Almagro, Mega Bemax and Team Toronto.

The Wildcats will look as different as they always do again this season after losing starters Kevin Knox, Shai Gilgeous-Alexander and Hamidou Diallo, three of last season’s top four scorers. The team not only lost those three starters, but the bench took quite a hit as well, losing Sacha Killeya-Jones, Jarred Vanderbilt, Wenyen Gabriel, Tai Wynyard and Dillon Pulliam.

The last time Kentucky was able to go on a foreign tour was in 2014-15, which was also the last time UK used two platoons. There has been some speculation to whether this team will also platoon, since it is deep enough.

“I’m really trying to look at different kinds of combinations,” Calipari said on if it was a possibility. “We’re going to be experimenting with a lot of stuff.”

One player the Big Blue Nation will want to keep an eye out for is Montgomery. Montgomery is the epitome of a positionless basketball player, something Calipari harped on all of last season. His commitment has somewhat fallen off the fan radar after signing Travis and returning PJ Washington, but his presence will be known on the court.

“EJ’s better than I thought,” Calipari said of Montgomery during his press conference before heading to the Bahamas. “Like, woo – he’s a basketball player.”

Calipari said he doesn’t expect his players to be a good execution team in this week in paradise, but that he expects them to play hard, compete, and fix their mistakes as they go along.

All the games can be seen on the SEC Network and will have radio broadcasts on the UK Sports Network.