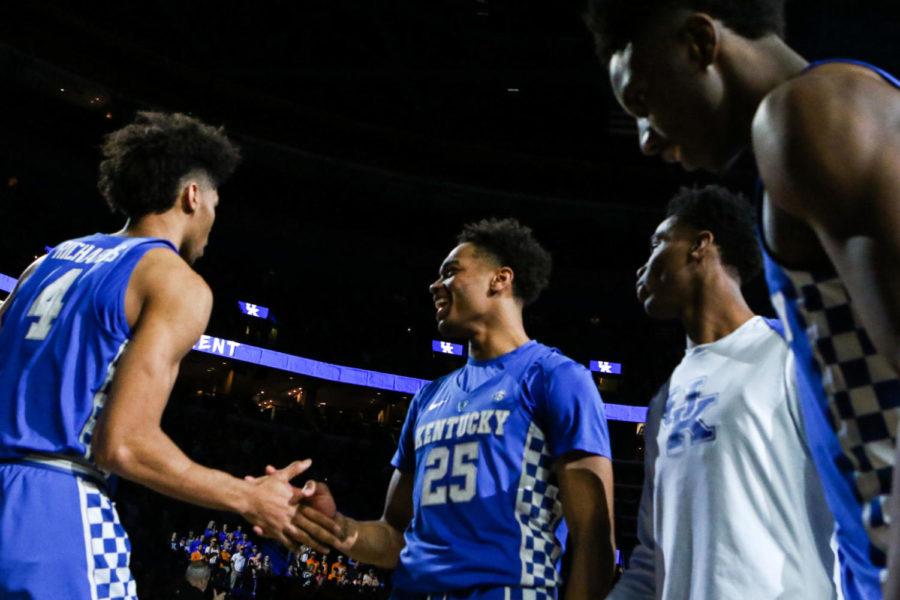 Technical difficulties played a role for Kentucky in Thursday’s game in the Bahamas as the lights went out with a little under three minutes left in the first half, causing the officials to end the half early and make the decision to play a 22-minute second half.

Starting point guard Quade Green came out of the gate and hit a three at the top of the key at the beginning of the game, setting a tone for the Cats in their second night of play. Kentucky was 83 percent from the three in the first half of the game.

UK’s ability to spread the defense due to their effective three-point shooting helped them tremendously in the first half. Tyler Herro led all scorers with 15 points after the shortened first half, going 3-for-3 from the three-point line.

Reid Travis was also an asset to the Cats with his six points and efficient play in the post.

Due to the technical difficulties that the gym experienced, the game was not shown on television starting with 2:53 left in the first half, and did not resume until there were 13 minutes left of the second half.

Herro didn’t let a power outage affect his play, as he continued to score the ball in the second half. The freshman was 4-4 from three-point range and finished with 22 points for the Cats.

Kentucky’s next exhibition is set for Saturday at 7 p.m. against Mega Bemax.