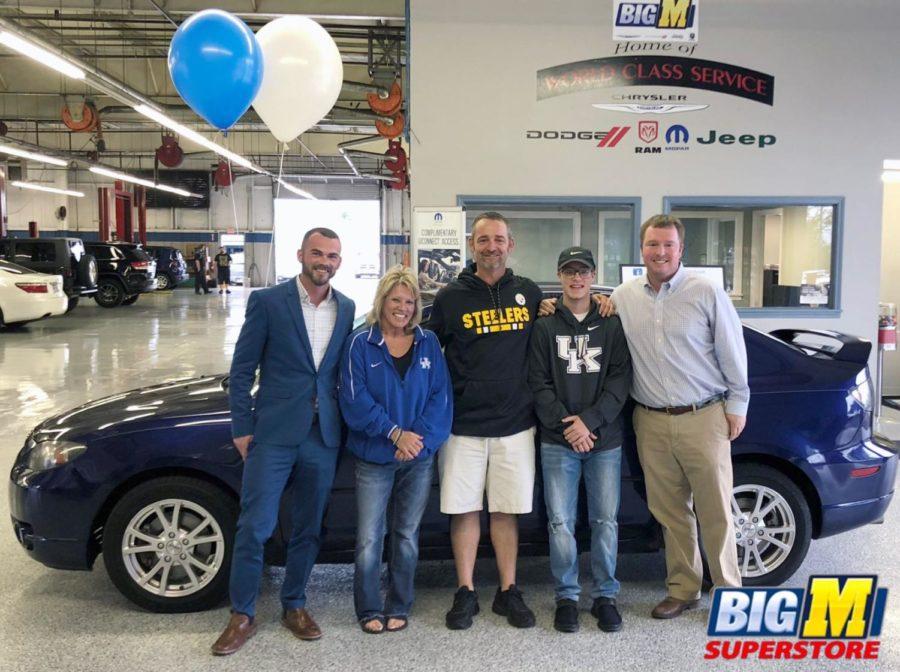 As of early Sunday morning, 19-year-old Matt O’Hara did not have a functioning car.

As of today, he has a Mazda3 in “really good condition,” according to the owner of Big M Superstore, the company that donated the car to O’Hara.

That car belonged to O’Hara, a non-UK student who came to visit friends for the game. He said on Sunday that fans had crossed a line in celebrating.

Big M Superstore owner Stephen Montgomery said he remembers the partying on State Street in 2012, when UK basketball won the national championship. He was a student at Transylvania University at the time, and one of his friends had her car “flipped and torched” on State Street.

He said he saw the video of O’Hara’s car on Twitter and “immediately thought back to that time.”

“I remember how bad it was for her to have to figure all that out,” Montgomery said.

He said he began texting back and forth with his general sales manager about a car they had just traded for.

He said that O’Hara was “absolutely ecstatic” to receive the car.

One of O’Hara’s jobs is delivering pizza, Montgomery said, so he had been worried about how he was going to work.

Montgomery said O’Hara and his parents were “just as gracious as they could be.”

“It made us feel even better that we did it for really great people,” he said.

According to a tweet by WKYT, the staff at Big M Superstore wrote a note to Matt that apologized “on behalf of the entire #BBN.”