Kentucky sits at No. 17 in new AP rankings 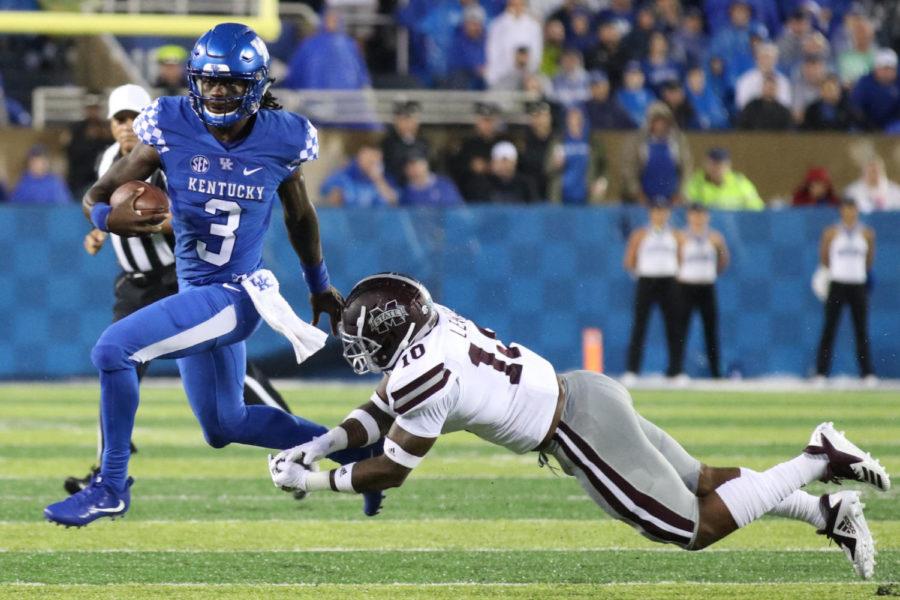 Terry Wilson breaks a tackle during the game against Mississippi State on Saturday, September 22, 2018 in Lexington, Ky. Photo by Chase Phillips | Staff

Shortly before the AP rankings came out, it was announced that Kentucky appeared in this week’s Coaches Poll after their big win Saturday. The Cats sit at no. 17 in that one, as well.

Their win against Mississippi State gave the Cats their first 2-0 start in SEC play since the 1977 team went undefeated in league competition. It also gave UK its first win over a top-15 team at home since upsetting top-ranked LSU in three overtimes, 43-37, which was in 2007.

Kentucky’s next opponent, South Carolina, received 52 votes in the Coaches Poll, which puts them at 33rd. The Gamecocks are not ranked in the AP poll, but received 31 votes. This’ll make for the first SEC game this season where the Cats will likely enter as the favorite to win.

UK vs. South Carolina is set for Saturday in Lexington at 7:30 p.m.