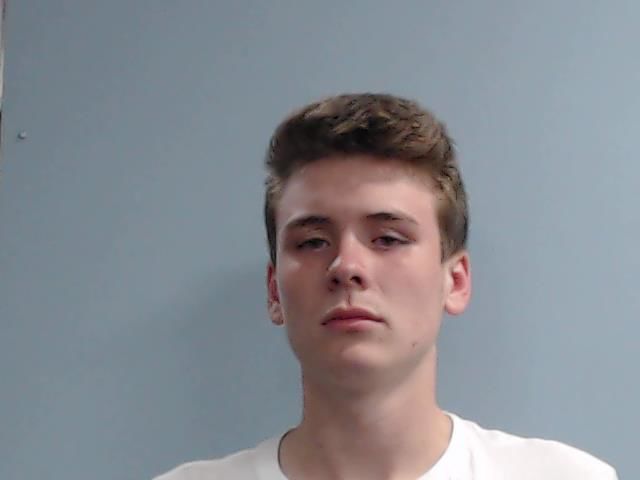 Jacob Heil, 18, the UK freshman and Alpha Tau Omega pledge who was arrested and charged with a DUI on Saturday after he was identified as the driver of the silver passenger car that struck and fatally injured a 4-year-old, is reportedly despondent over the child’s death.

Chris Spedding, Heil’s attorney, entered a not guilty plea in Fayette District Court on Wednesday. Since Heil was charged with a misdemeanor, he did not have to appear in person.

After the arraignment, Spedding told reporters that he had no comment.

The Lexington Herald-Leader later spoke with Spedding, who said there are inaccuracies in the current narrative known commonly among the public.

“Mr. Heil’s family is absolutely crushed over this whole situation,” Spedding told the Herald-Leader. “Their hearts go out to the victim’s family. There’s really nothing that they can say at this point to comfort the victim’s family other than they are certainly praying for them and feel terrible about this accident. They would like the family to know that.”

Court documents released Tuesday show that Heil told police that he drank two beers at 9:30 a.m. at a tailgate on Saturday. At approximately 2 p.m. Heil reportedly struck and fatally injured Marco Shemwell, a 4-year-old who was waiting to cross Cooper Drive with his family.

“The misinformation that is being disseminated in the community is doing a disservice to most importantly the victim’s family, my client and the community in general,” Spedding said.

Spedding asks that the public reserves judgement until all the facts come out.  Spedding said Heil’s car did not “veer off” the road as a police officer said on Saturday.

The area on Cooper Drive where the incident occurred had heavy pedestrian traffic from the UK football game, the records show.

At 2:37 p.m. officers determined that Heil had a 0.051 blood-alcohol level. Spedding said that the information taken on a portable breath test at the scene is not admissible in court.

“That is inherently unreliable,” Spedding said. “The results of that test are not admissible in court. His actual blood-alcohol concentration is not known at this time so we don’t know if he was under the influence at all.”

He was arrested at the scene with red, blood-shot, watery eyes and was charged with DUI. Heil was released eight hours after his arrest.

Spedding said blood was taken from Heil at the jail, but the results from that test may not be known for months. He isn’t sure if more charges will be coming.

He said he has not been contacted by UK, which is conducting its own investigation into the incident, and he said have any information regarding who purchased the alcohol for Heil.

Spedding also said there was another passenger in Heil’s car, but he is yet to speak with the passenger.

“I intend to interview every witness that I can interview as part of our investigation,” Spedding said.

Shemwell was rushed to the hospital with life-threatening injuries. He passed away Monday afternoon.

UK President Eli Capilouto announced Tuesday that Heil was suspended from the university.