Lexington, haunts and ghosts— oh my! 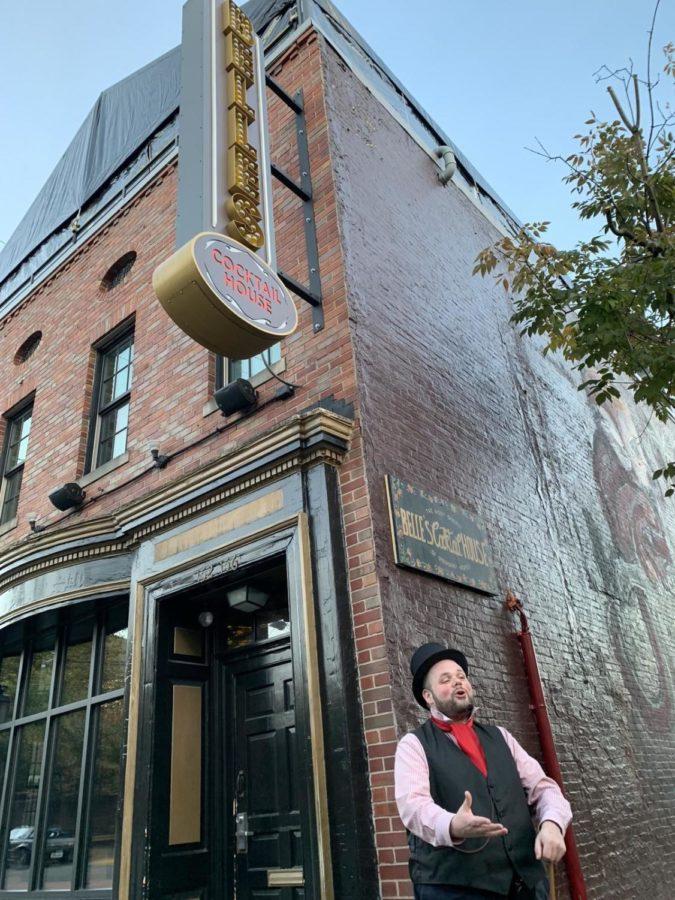 The Lexington Public Library offered curious people a look into the haunted history of Lexington with a tour that focused on ghosts of the past.

Over the last few days, Jonathan Coleman, dressed in a snazzy suit vest, a fancy red scarf and a top hat, took to the downtown streets to let everyone know that Lexington is anything but ordinary.

Coleman, a native from eastern Kentucky, moved to Lexington to attend graduate school at UK. During his time as a student, he worked at the Mary Todd Lincoln House on 578 W. Main Street because he was a fan of local history. After receiving his doctorate degree in history, Coleman decided to remain local and retell the stories of Lexington’s past.

Since he was so knowledgeable on the local history of Lexington, Coleman began a walking tour. He has several different tours that he guides, such as The Grand Tour that tells tourists all about the town of Lexington through 200 years of history, an Abraham and Mary Lincoln tour, which is all about the Lincoln family’s Lexington experience, and his most popular tour, Spirits, Scandals and Sordid Secrets.

After putting on his own walking tours for a few years, the Lexington Public Library reached out to him about a tour that he could guide in October that was all about the city’s haunted stories. This is Coleman’s second year collaborating with the library.

“All myths and legends exist for a reason,” Coleman said. “We tell these stories because they do something for us as a society.”

One of those stories Coleman tells is of the ghost of John C. Breckinridge, the youngest-ever vice president of the United States, serving from 1857 to 1861. After serving as secretary of war for the Confederates during the Civil War, he rented out a home in Lexington and remained there until his death in 1875.

“Since then, it is said his spirit still wanders this house,” Coleman said. “Still squeaks the floorboards. Perhaps we’re considering some of his life choices.”

Emily Moseley, a tourist that joined Coleman’s Haunts and History tour on Wednesday, left that evening very pleased with the new knowledge she gained about Lexington.

“I mean, I’m glad— not that I know a lot of stories about Lexington, but none of them that he talked about I had known before so, you know, I was pleasantly surprised with like these stories that I didn’t know,” Moseley said.

Erin Hathaway, a tourist that came upon the request of a friend, said Coleman was great in his role as a tour guide.

“I feel like it met my expectations,” Hathaway said. “I really liked it and felt like he was a very charismatic speaker.”