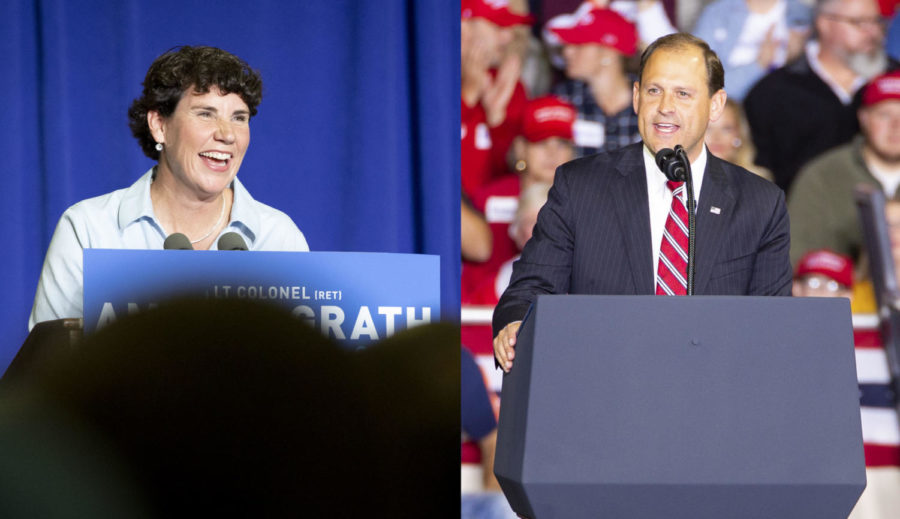 Like any risky investment, the most expensive House race in Kentucky history has much to gain and much to lose for both sides of the aisle.

Multiple media outlets have pinned Kentucky’s Sixth Congressional District race— which involves Lexington and many of the surrounding counties— as having immense importance for the battle for majority in the House of Representatives. Should Democrats wrest majority away from their Republican counterparts this November, they may have power to undermine the agenda of President Donald Trump’s White House and better dictate the direction of legislation.

In the 435-seat House, Republicans currently hold 235 seats and Democrats 193, with seven seats vacant. For a party to have a majority, it needs at least 218 seats. According to the Cook Political Report, a non-partisan report which measures the competitiveness of elections, there are 31 different races across the country that are listed as “toss-ups”— meaning that the seat could easily swing right or left. Twenty-nine of those toss-up seats have Republican incumbents.

UK political science professor Stephen Voss said that the Democratic Party has “better-than-even odds of taking the House of Representatives” in the upcoming midterm elections.

The race between Republican incumbent Andy Barr and Democratic challenger Amy McGrath is listed as a “toss-up,” and the money raised by both campaigns shows that both sides feel the magnitude of a potential win.

According to campaign finance filings that show how much each campaign has raised through Sept. 30, Barr’s and McGrath’s campaigns combine for more than $10 million in funding. Outside of the Sixth District, Kentucky’s five other House district races have raised only a combined $5.1 million.

Barr has raised more than $4 million, which would have been a state record had McGrath not raised over $6 million since announcing her candidacy 14 months ago.

Trump’s visit to Richmond to stump for Barr and former Vice President Joe Biden’s visit to Bath County in early October are also clear indicators that this Kentucky race could have resounding effects on the country as a whole.

“The election of Andy is a really important thing,” Trump said before the Richmond crowd. “It could make the difference between unbelievable continued success and, frankly, failure where we fight for two more years with these people, with these obstructionists.”

Biden also talked about the uniqueness of this race.

“No matter how young or how old you are you’ve never been through an election quite like this,” Biden told the crowd in Bath County. “Our basic values, our basic American values are under assault, Kentucky values… Kentucky values that the people right here in Bath County teach their children every day.”

According to Voss, should Democrats win control of the House they would have a great amount of control on the passage of federal budgets “because the House gets to be first mover on budget bills and because ultimately no budget bill passes without their support.”

According to multiple reports from the McClatchy DC bureau, Democrats are gearing up for a long series of probes and investigations into the president’s actions should they win the House. In one report, anonymous sources within the White House told the news service that they were worried that the White House may not have enough staff to handle the number of inquiries made by Democrat House members.

“Democratic House committee chairs would be able to launch investigations, engage in aggressive oversight of executive-branch agencies, and otherwise exploit the other forms of indirect power that does not come from passing bills,” Voss wrote in an email to the Kernel.

Voss said that should Trump find the House to be a road block, he may resort to pushing policy with executive orders, but “he’s having less success in the courts with those initiatives than (President Barack) Obama did.”

“For many of the GOP’s policy goals,” Voss wrote, “there really is no substitute for passing actual legislation.”