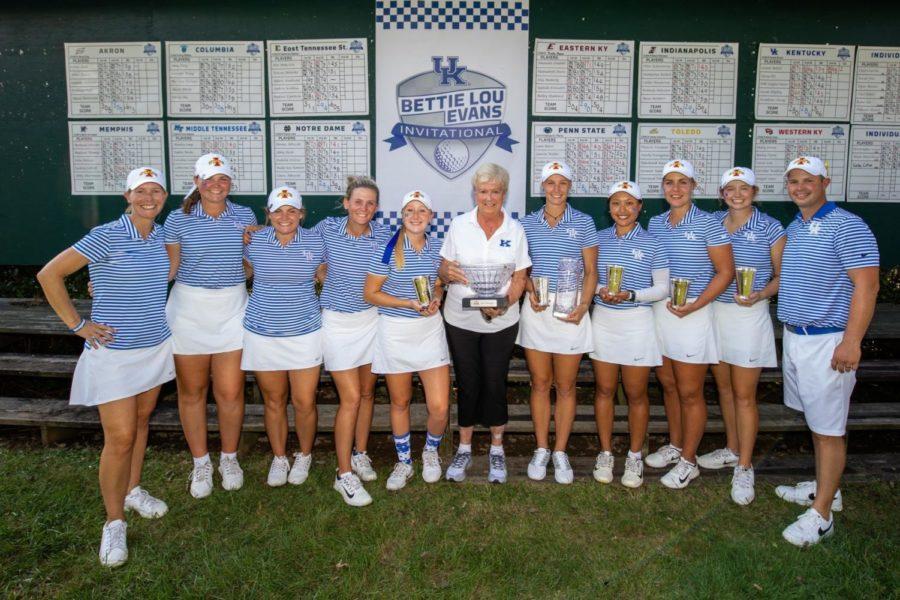 It was a great weekend for the women of the Kentucky women’s golf team, as they captured the Bettie Lou Evans Invitational for the 12th time. The win was the first for the Cats in the event since 2011, and their first team title since 2013.

Kentucky notched a score of 858– six-under par– through 54 holes, setting a course record with the performance. Senior Leonie Bettel led the way, shooting 11-under par (205) for the weekend, giving her a second consecutive individual championship.

“We just gave it our all,” Bettel said in a UK press release. “It’s our only home tournament we have during the year. You just want to give it your best, especially because it is at home and in front of our home crowd on home soil. We know this inside and out and we just wanted to give everything. It definitely worked out.”

Bettel’s first victory came in the Mercedes-Benz Collegiate Championship three weeks ago. With this one, she became the first Wildcat to win multiple tournaments in the same season since Lauri Berles in 1995-1996.

Kentucky heads to Dallas Oct. 29-31 for their last tournament before winter break, the Trinity Forest Invitational hosted by SMU. They Cats will look to continue their season there with another strong performance.