Just keep running: Why I ran a marathon and will run more 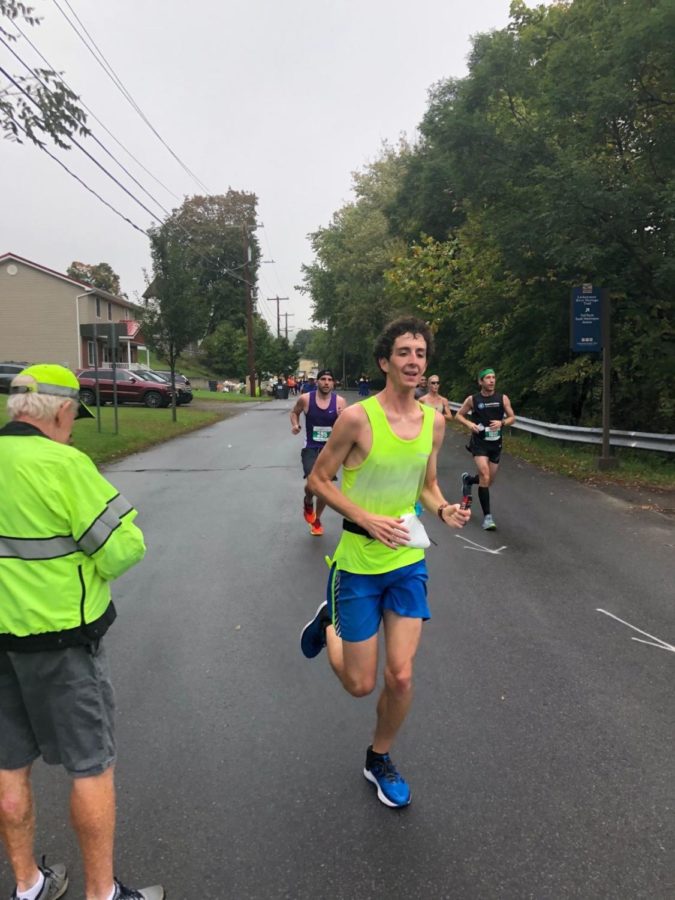 People often ask me why I like to run long distances, and I usually give the same response.

I don’t know what it is that I like about running distances many people would consider silly, but I am always looking for something to challenge myself, and I like the challenge of going for runs longer than people typically go for.

That is why I got into running marathons. The marathon is arguably the toughest challenge for a distance runner to complete, a challenge I had sought to conquer since I got into distance running in middle school.

I was very excited heading into Steamtown. My training had gone mostly well, I had maintained a relatively good diet and I had the experience of running a marathon under my belt, something I didn’t have in my first attempt at the distance.

The day before, my mom, step-dad and I previewed the 26.2 mile course ending in Scranton, confirming what I already knew: This race had some serious potential for success.

However, things don’t always go as planned, and my race at Steamtown was not a successful one. Through 16 miles, I had done a good job of taking in fluids and replacing burned calories. My legs felt good, considering I was at mile 16, and I was on pace to finish the race in under 3:15:00.

What happened the next 10 miles influenced the negative result of the race. My quads went from strong to sluggish, I couldn’t seem to catch a full breath of air and the calories I was consuming were not doing anything to get me back on track.

I crossed the 26.2-mile mark in 3:33:50, over a minute slower than the time I ran in May 2017. As I hobbled my way through the finishers chute looking for a place to sit while my hip flexors and hamstrings called me bad names, I began to wonder what so many people had asked me previously.

Why do I do this to myself?

At that moment, I had no good answer. I couldn’t walk more than 10 yards without having to stop for a break, my body was shivering as it struggled to retain heat and overall I was not a happy camper.

After my legs loosened up and my body temperature stabilized hours later, I still had no answer. I don’t run just to experience pain and to torture myself, but that’s all that had happened in my two marathons.

Marathons are an incredibly difficult challenge, one that you can spend months preparing for but still fail to achieve. I know finishing a marathon is an accomplishment in itself, but I run marathons to do more than just finish. I want to run a time I am proud of.

Through two marathons, I have yet to achieve that goal. After Sunday’s meltdown, it felt as if that goal was impossible, but I know it’s not. Even after one of the worst races of any distance in my life, I know I am capable of running a fast time in the marathon, even if I have no evidence to backup that claim.

That’s why I continue running long distances, because I know with hard work and consistency, I can eventually accomplish my goal. Sure, there will be more heartbreak along the road, but no summit of a mountaintop is complete without a few slip-ups.

If you stick with something and work hard through the tough times, you will eventually break through. I believe that to be true, and that’s why you will still see me running all over Lexington.