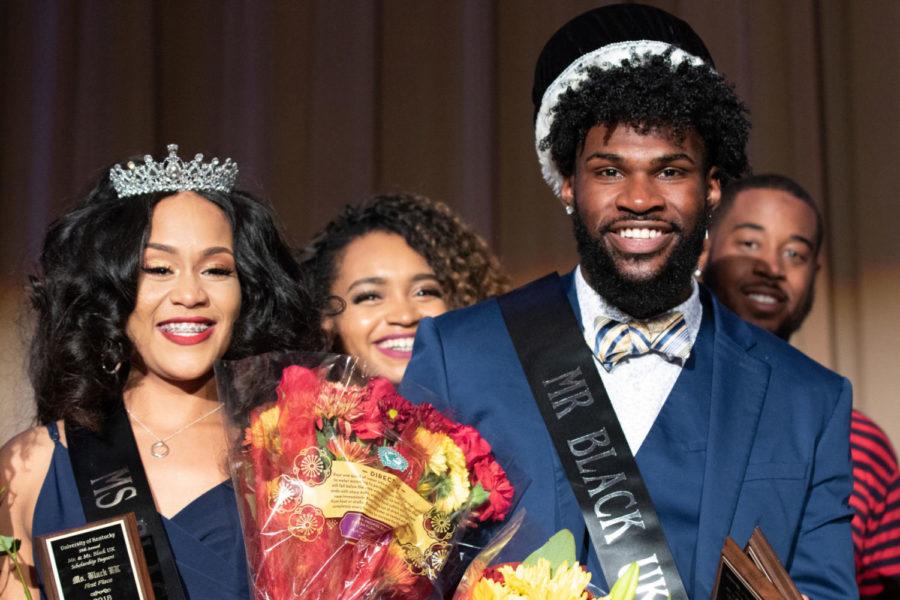 Energy filled the room and the crowd buzzed with excitement at this year’s Mr. and Ms. Black UK Pageant.

The pageant has been an annual tradition at UK since 1987. Mu Epsilon Chapter of Delta Sigma Theta Sorority Inc. and the Black Student Union partnered to host the Mr. and Ms. Black UK Pageant in Memorial Hall on Thursday, Oct. 18, from 7 to 10 p.m.

The Mr. and Ms. Black UK Pageant has been an outlet for African-American UK students to show their pride and represent their heritage on campus. Erin Harville, president of the Mu Epsilon Chapter of Delta Sigma Theta Sorority Inc., described the pageant as an opportunity to “showcase black excellence in our community,” and this year was no exception. The pageant was put on with class and dedication.

There were seven male contestants and seven female contestants that were selected to compete for the crown after a long application process. The emcees kept the show flowing smoothly from one section to the next. The pageant included dance performances, a talent portion, a question and answer section and more.

The show had lighthearted moments, including a Motown-like dance routine, as well as more serious moments. Many contestants bravely discussed extremely heavy topics, such as racism, colorism, fatherlessness and mental illness. Many contestants believed these topics are ones that need to be discussed, no matter how painful, because they are still prevalent issues in society. The talent, intelligence and grace among the contestants was evident.

Senior Isaiah Brown was crowned Mr. Black UK. He said he believes that “preparation and work ethic” is what set him apart from the other contestants and that he is a “resource to others on campus” if they ever need anything. Brown is always willing to lend a helping hand to his fellow Wildcats.

Brown described the experience as rewarding because he “found a place of belonging and gained support from the other contestants.”

Junior Tiffany Waltman was crowned Mrs. Black UK. Waltman described the experience as rewarding because she “gained new friends, met new people, and stepped out of her comfort zone.” She described the pageant as unifying in that it is a place for “African-Americans to be together as one.”

Unity is something that UK could always use more of, and the unity was clear during the pageant. The contestants were each other’s biggest cheerleaders in the way that they encouraged each other throughout the show. Courage was displayed by every contestant, and their courage paid off in the way the crowd recognized each participant.

Canned goods were collected and donated to the Big Blue Pantry at UK, so the event also helped give back to others in need.