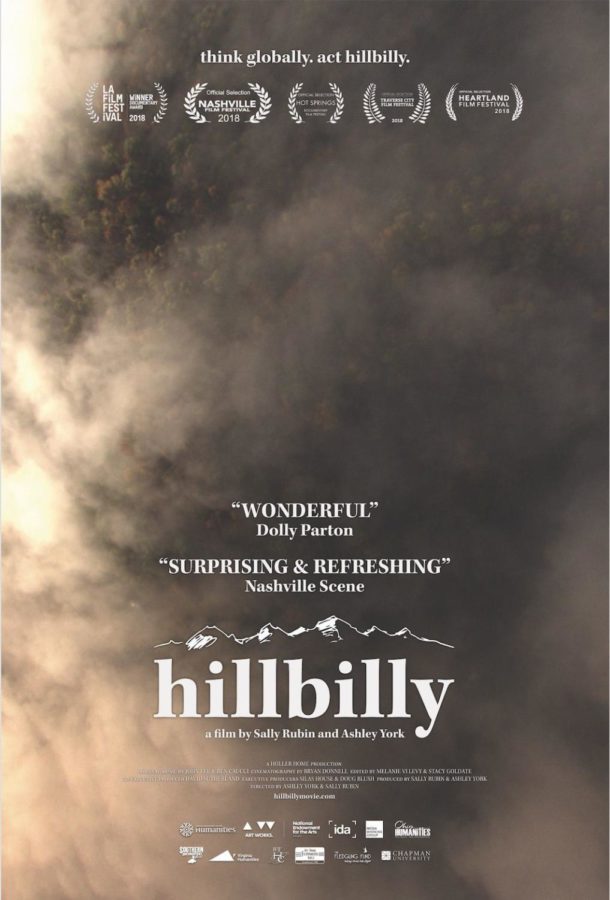 UK alumna Ashley York won the Documentary Award at the LA Film Festival in September, qualifing the documentary "hillbilly" for the Oscars.

A former Kernel editor has been collecting honors and awards for her documentary delving into the stereotype of the “hillbilly.”

Ashley York, a 2002 UK journalism grad, won the Documentary Award at the LA Film Festival in September, qualifying the documentary, called hillbilly, for the Oscars.

In the documentary, York and her co-producer and co-director Sally Rubin aimed to explore how Appalachian bias plays into today’s political climate.

York was born and raised in eastern Kentucky, where her family has lived for six generations. Filming for hillbilly took place in Tennessee, Georgia, North Carolina, Ohio, Virginia and West Virginia, but mainly in her home of Kentucky. York wanted to “expand the way people see and think about poverty, southern, and rural identity in contemporary America.”

“My intention in making this film is to contribute something meaningful to the culture about this complex topic and to bring a personal perspective,” York said. “I hope this film can serve as a productive way to bring voice to some very challenging issues and inspire critical discourse that raises consciousness and advances progress.”

York said she is “motivated by innovative approaches to storytelling, and by the desire to elevate the voices of marginalized and vulnerable people.”

She said she finds great inspiration in the work of bell hooks.

“I learned about her work while a student at UK, and her work and scholarship transformed my perspective in every way,” York said. “It was a dream come true to interview her for the film.”

During time as a UK student, York worked for various news agencies and publications, including the Lexington Herald-Leader, WUKY, WRFL and the Kentucky Kernel. She worked as the news editor before serving as editor-in-chief during the 2001-02 academic year.

“My work at the Kernel was transformative because it gave me access to a space where I could learn how to write news and begin the practice of reporting and working with people to tell their stories,” York said. “It was also a space where I began to understand ethics in storytelling and learned how to collaborate with others and work toward a common goal of publishing a daily newspaper.”

Documentary form first began to interest her while she was a student. She remembers watching Barbara Kopple’s Harlan County USA (1976) and being deeply inspired. This film, along with Anne Lewis’ Fast Food Women (1991) and Elizabeth Barret’s Coalmining Women (1982), inspired her to make documentary films.

“Seeing that film was an ‘aha’ moment because it was the first time I saw the people of east Kentucky be portrayed in a way that was nuanced and complex and it was unlike so many of the mass media portrayals of rural people I saw growing up, which were ultimately negative and hateful,” York said.

After graduating from UK with a degree in journalism, York moved to Los Angeles and enrolled in an MFA program at the University of Southern California’s School of Cinematic Arts. During her second semester, she interned at a production company on a feature documentary. She has now been producing documentaries and doc-series for 16 years for Netflix, Sundance Channel, Discovery, HBO, Discovery and National Geographic. Her first film, Tig, was a Netflix Original and premiered at the 2015 Sundance Film Festival.

York has been teaching for nine years at the USC School of Cinematic Arts in the Division of Media Arts + Practice. She is a member of Women in Film, the International Documentary Association and a founding member of the Take Action Games. York used her journalism degree in a non-traditional way and offers advice for students who are hoping to succeed in the journalism world and beyond.

“Be truthful. Trust that the stories you want to tell need to be told. Trust your own voice and tell stories that no one else can. Learn to honor and speak your truth. Be experimental in your approach. Work with people you both agree and disagree with. Work with people who challenge you,” York said. “Listen and be kind.”

The documentary will screen on Monday, Oct. 29, 2018, at EKU as part of Appalachia Days. More information is available at https://foreignlanguages.eku.edu/events/appalachia-days-screening-hillbilly.