UK Arboretum kicks off pumpkin season with a party 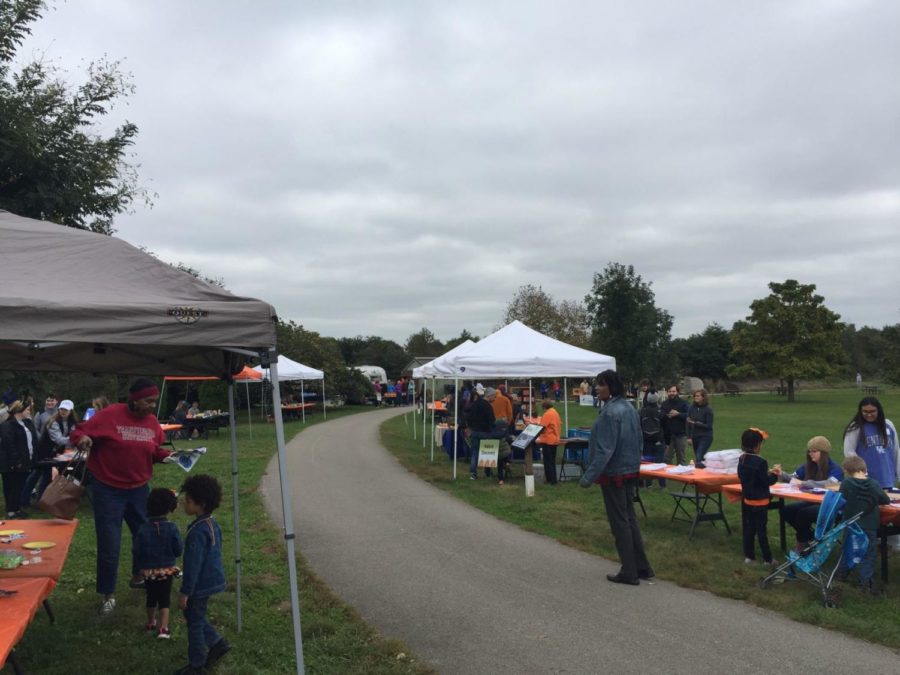 The Arboretum provided a variety of stands and activities to party-goers.

With the leaves turning, the appearance of Halloween decorations in many stores and the cooling temperatures, it is apparent that autumn is here. To celebrate, the UK Arboretum hosted a fall festival called the “Party for the Pumpkins” on Saturday.

Visitors were welcomed with vibrant displays and a wide variety of activities, including a corn maze, live music and, appropriately, pumpkins decorated with all manners of designs, from paintings of popular cartoon characters to a series of pumpkins with painted letters spelling “WELCOME.”

Every activity offered for people at the event was focused on the family.

She went on to mention other programs and events that occur at the Arboretum.

“[The Arboretum is] one of the greatest things the university has done,” she said. “We get visitors from all over the nation and world.”

The Central Kentucky Audubon Society was present, sharing information about various birds of the state, and the Raptor Rehabilitation of Kentucky, Inc. brought a few birds, owls and a turkey vulture for people to see as they walked by.

In addition to the birds, there were stands for pumpkin painting, necklace making and even a place for seeing and holding snakes. A scale-model Brontosaurus sculpture towered over the festivities, filling the children and adults alike with a sense of wonder as they passed under and around it.

“I really like giving back to the community,” Johnson said, also mentioning how service falls in the philanthropy of her sorority.

On the note of community, Forker said, “The event really brings the community together and celebrates the little things.”

Alpha Delta Pi was not the only group volunteering at the festival. The Student Activities Board also had some people serving at a crafts table in the Children’s Garden. Ashley Dixon, who is a freshman studying psychology, was helping children make their own butterflies. Joining her was her friend, Ellie Gaskill, a freshman studying special education at East Tennessee State. Between talking to kids and helping them make their own butterflies, they mentioned how important involvement in the community is.

The Children’s Garden manager and education manager for the Arboretum, Jackie Gallimore said she liked “seeing the kids in awe and enjoyment” both at the Party for the Pumpkins and through all the kid-centered programs offered at the Arboretum. Gallimore said her favorite program offered is an annual summer camp offered for kids as a way of teaching them to be Junior Master Gardeners, although she loves all of the many programs offered in the Children’s Garden. She mentioned how frequently the different events were held, as often as up to three times daily.

Gallimore also noted the recent emphasis placed on education and all the new programs currently in the works to reinforce this focus. Of the many tested, her favorite pilot program was the “Owl Prowl” held last January, when more than 100 people appeared on a particularly chilly evening to go seeking out various species of owls that live in the Arboretum.

The Arboretum is a part of the university’s Department of Agriculture and hosts a wide variety of events throughout the year. A calendar of these events can be found online.