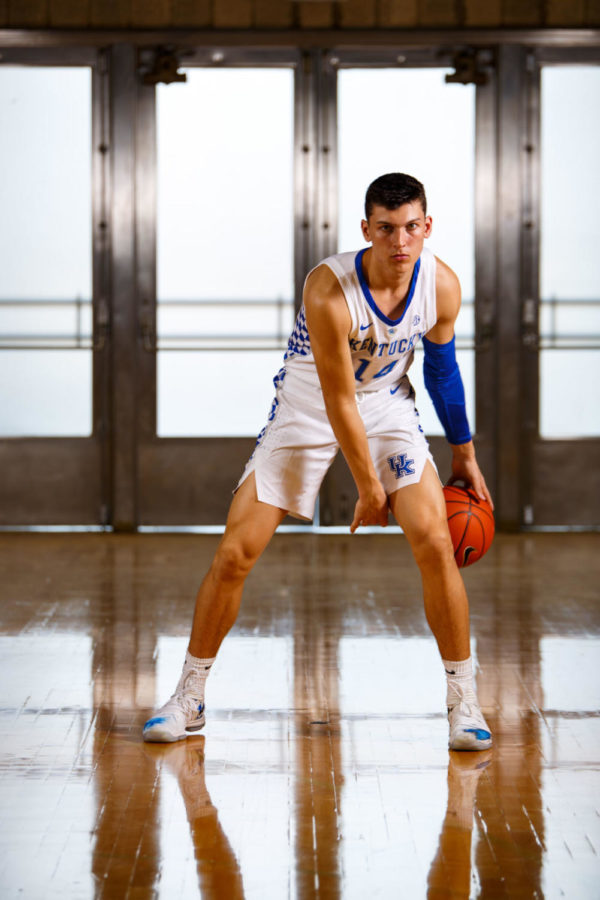 When Kentucky goes on the road for basketball games, the Cats usually have to deal with a hostile crowd.

T-shirt night, color-outs and various other promotions are common at Kentucky road games to get the crowd pumped up. It usually works, and sometimes causes the younger players to lose their focus or be off their game.

Kentucky’s freshmen class this year will likely go through the same growing pains, except for Tyler Herro.

In high school, Herro had to deal with hostile crowds his entire senior season, and now, he believes he’s capable of handling those types of crowds.

“It was all good, I looked forward to those games, it was fun,” Herro said in a preseason interview.

In his junior year, Herro was the fan favorite. The Milwaukee, Wisconsin, native received praise and cheers every time he took the court, not just because of his basketball talent, but because he was committed to the Wisconsin Badgers.

Every basketball fan loves it when the hometown kid plays for the school they’ve grown up close to their whole life, and Herro was ready to be that player. However, all that changed in the summer before his senior year.

“Talking with my family, my friends, my AAU coach, I felt like I could be at a bigger place like Kentucky and fulfill my dreams,” Herro said.

After taking time to think about it, Herro would decommit from Wisconsin in October 2017 and reopen his commitment. Herro considered going to Villanova, Oregon and Arizona, along with Kentucky, he said, but it took him less than a month to choose Kentucky after decommitting from Wisconsin.

“Just being around a group of guys like this and being able to chase my dream, everyone on the team has the same goal as me,” Herro said of why he chose Kentucky.

After making that big decision, Herro’s college plans were set, and he was happy with the decision.

However, he still had a season of high school basketball to go through, and the crowds weren’t as welcoming for Herro as they were when he was committed to the Badgers.

Herro said he received negative commentary from the crowd at every game for the entire season. Many would think a high school senior aged kid would have a hard time handling that pressure, but for Herro, it never bothered him.

“I used it as fuel, it wasn’t really tough for me cause me and my friends are real tight,” Herro said. “No matter what, they have my back.”

Now at Kentucky, Herro is using that fuel to make him a better player. He works out three times a day on most days, beginning at 6 a.m. and ending the day with a workout.

Last season, Shai Gilgeous-Alexander had a similar workout schedule, and went from bench role-player to the No. 11 pick in the 2018 NBA Draft. Herro believes with hard work, he could do something similar.

“You see how that worked out for him,” Herro said. “I think coming in, doing what I can do, working out, getting better everyday.”

The extra work already showed some positive results in the team’s trip to the Bahamas, as he was the team’s leading scorer in the four games with 17.3 points per game. He shot 58 percent from the field and 44 percent from beyond the arc, while starting only one game.

The crowd reaction in the Bahamas was very positive and supportive, a mirror opposite of what he experienced in high school. The Bahamas experience was enjoyable for Herro, and it has resulted in less negativity from fans that used to hate on him in high school.

“Now I think a lot more people respect my decision,” Herro said. “I think a lot of people thought I was going to come and sit on the bench and not play at all, so I think once they saw me play in the Bahamas, they started respecting me a little more.”

Herro said people still call him “snake” on Twitter, but just like high school, he does not let it bother him. Herro will likely face some hostile crowds during his career as a Wildcat, but he is more prepared to face it than any other newcomer on the roster.