From hills to hollers: UK researchers want to hear every Kentucky accent 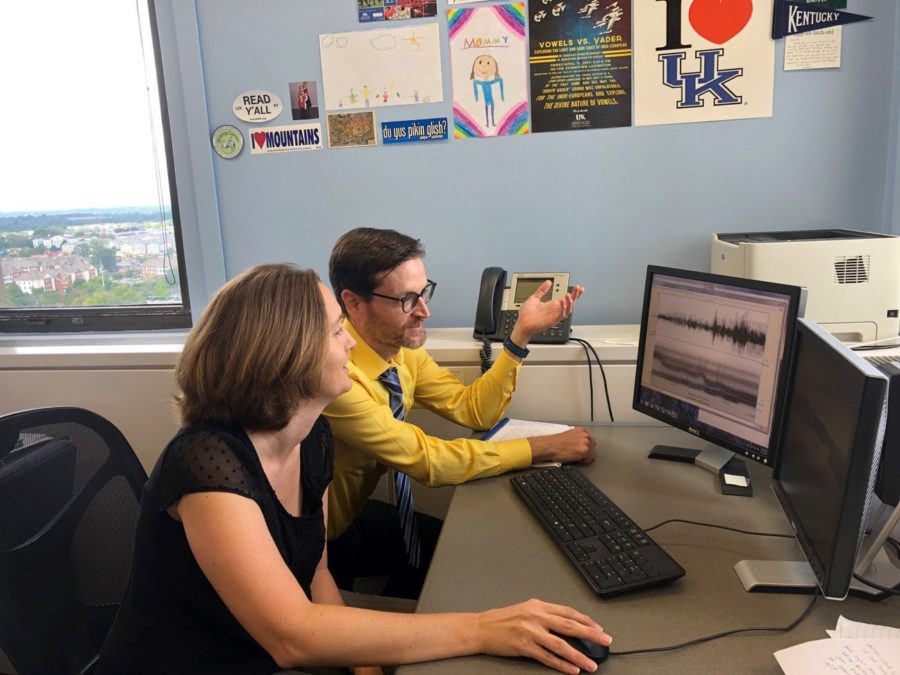 Two professors in the UK Linguistics Department are undertaking an expansive project to hear from all students on campus— literally.

The ongoing study, known as “Wildcat Voices,” is a joint effort from Dr. Jennifer Cramer and Dr. Kevin McGowan. The primary goal of Wildcat Voices, McGowan said, is to represent the enormous diversity of accents among students at UK.

“People don’t appreciate how varied language is in Kentucky, and how global language is at UK in particular,” McGowan said. “We’d like to capture that and make it visible and build a visual representation of the world of voices that’s represented here.”

To facilitate the building of that representation, Cramer and McGowan created the Wildcat Voices website. Here, students are invited to log in with their linkblue ID and contribute to the study by recording a series of 15 scripted sentences. These sentences are intended to accent regional differences in speaking patterns.

Participating takes about 10 minutes and a recording device such as a laptop or phone. Other than that, all UK students need is the will to contribute.

“The biggest learning we’ve done is how hard it is to get people to do stuff, to get the word out,” Cramer said. “People really are interested in language and what’s going on. It’s just a matter of if they follow-up and do it.”

Those students who have participated so far— just over 600 in total— have contributed a wide range of unique voices, according to Cramer. But the study’s unusual method of data collection has also introduced unique analytical challenges.

Eventually, data collected from the project will be compiled in a “clickable, interactive map” that will allow visitors to sample student recordings by hometown location. For example, a student searching for “Louisville” will be able to listen to the voices of participating UK students from the Louisville area.

The data will also be used for educational purposes in linguistics classes. But first, a representative sample of UK student voices needs to be recorded.

Ideally, Cramer and McGowan would like to see all UK students take part in the study. They are currently aiming to hear from at least 1,000.

To that end, both Cramer and McGowan are working hard to spread the word about Wildcat Voices and to encourage all UK students to participate.

“It doesn’t take very long,” McGowan said, “And you can do it right on your phone. And tell your friends!”