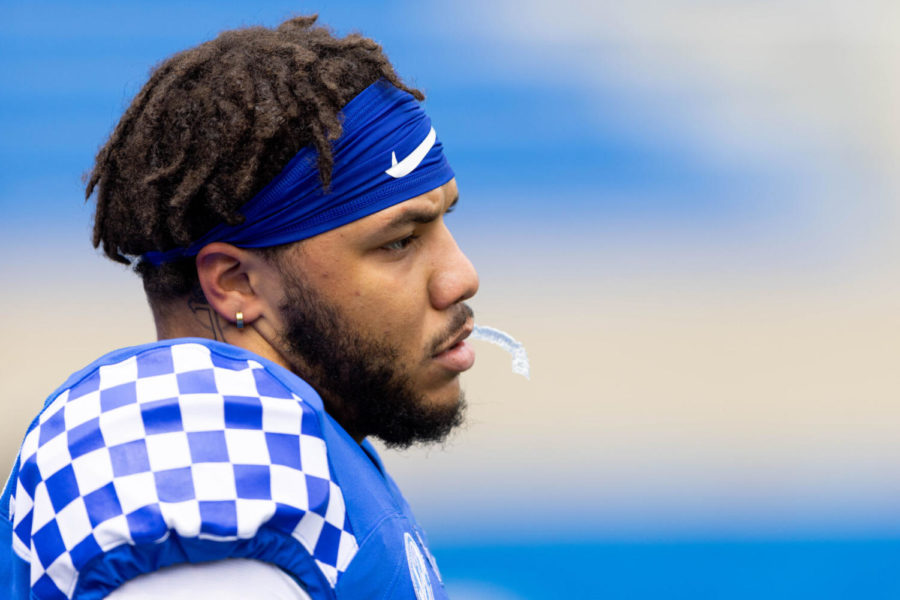 Kentucky running back Chris Rodriguez Jr. was arrested by UK campus police for driving under the influence and reckless driving on Sunday.

Along with the charges on his arrest records, Rodriguez also received a citation for driving without taillights.

Rodriguez is the top returning rusher from the SEC after a breakout 2021 season, with the star being named to the First Team All-SEC by the Associated Press after he rushed for 1,379 yards and nine touchdowns.

With Rodriguez in the backfield the Wildcats went 10-3, winning the Vrbo Citrus Bowl for the second time in four years, with the back recording 100-yards in a game nine times over the course of the season and doing so five straight times to end the season.

The university and team have yet to make a statement on Rodriguez’s arrest, and it is unsure whether or not the returning rusher will miss time during the season.

With Rodriguez set to play an integral role in the Wildcats’ offense, any time missed would be a critical blow for head coach Mark Stoops, especially with the team traveling to Gainesville to duel the Florida Gators in week two.