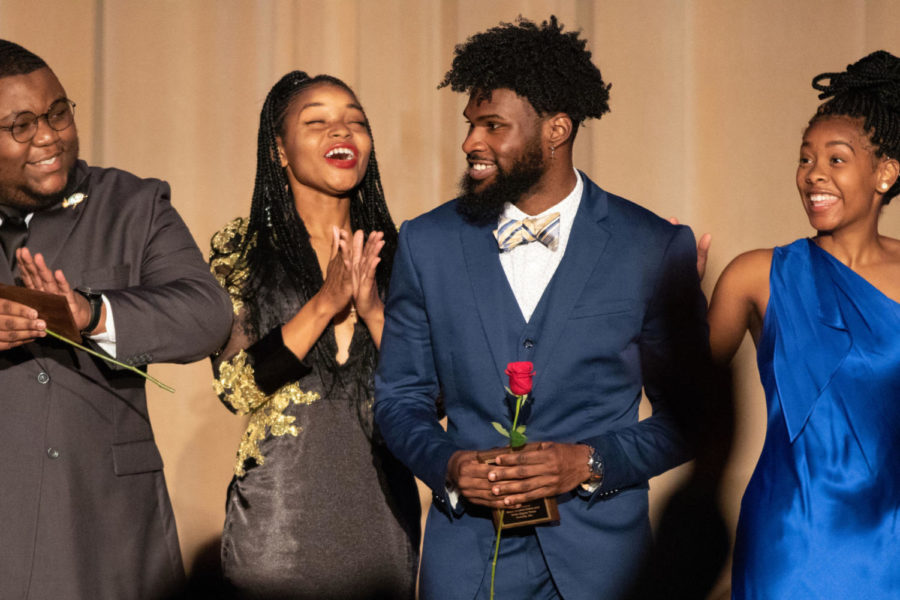 Many students come to college hoping for little more than to earn a degree and possibly join a club or two. Local renaissance man Isaiah Brown is getting so much more out of his time here at UK.

Many students may be familiar with Brown’s name due to his most publicized accomplishment ー being crowned Mr. Black UK. The Mr. & Ms. Black UK Pageant is an event that somewhat mimics that of the UK Homecoming Pageant but focuses on the campus’ minority group of African-Americans. Since 1987, this event has showcased the talent and culture that the black community on this campus has to offer.

“The pageant was not only the perfect opportunity for personal growth, but also to be seen as a resource to other students at UK. How can I be there for other students if no one knows who I am?” Brown said. “Participating in the pageant was also a great way to show my support for Black Student Union and the Mu Epsilon Deltas. I wanted to do my part and contribute to making it a great event for the black community here at UK.”

Though all the male contestants displayed just how qualified each of them were to receive the title, Brown stole the show with his spoken word performance. Brown had previously been avoiding attention but found that the pageant would provide him with a unique opportunity. With a powerful performance of emotionally charged words and a bloodied shirt, Brown made a name for himself on that stage.

“My experience, social media, the landscape of our country right now is what inspired that poem,” Brown said. “My poem was something that wrote that I wanted to be an accumulation of the black experience and the fear associated with police brutality.”

Using Nina Simone and Billie Holiday’s “Strange Fruit” as a basis, Brown constructed a piece that spoke volumes about the Black experience, especially in regards to police brutality. Though lynching is no longer as common, the death rate among Blacks is still alarming, if not more so because of the expectation that modern society should be above discrimination and injustice. Brown’s poem, therefore, was both shocking and all too relevant.

“I just wanted to convey the emotion, the fears, the hopes, of anyone that’s ever been in that situation or felt the effects of what’s been going on,” Brown said. “Regardless of my education, the way I carry myself, who I am, to someone like that [police] … I could just be associated with the stereotype someone has for black men and shot dead in the street. It may sound drastic but no one ever thinks it will happen to them until it does.”

But if people were to learn about the real Brown, not a preconceived stereotype, they’d find he’s an avid role model for all students, not just black students.

Shortly after winning Mr. Black UK, Brown was also recognized as a Lyman T. Johnson Torch Bearer. This award is given to one black student per department per year who demonstrates academic prowess and community impact. Brown received the award on behalf of the department of math and natural sciences in the College of Arts and Sciences.

“Being recognized for this, coupled with Mr. Black UK, just made that an amazing week honestly,” Brown said. “It felt good to be appreciated, but also it reminded me of my responsibility to other students at UK. I’m here to set a good example and, much like Lyman T. Johnson, leave a legacy behind that will benefit students who come after me.”

Brown has been driven all of his life, not just since coming to UK. He came to UK on a full academic scholarship, already knowing he’d be majoring in neuroscience because of his childhood battle with epilepsy. But a research-heavy major wasn’t enough for him. He decided to join the football team as a walk-on because he had played football his whole life. Before Brown ever became a Wildcat, he already had the heart of one.

Parth Patel, a mentor to Brown, can vouch for this work ethic. The two met when Brown signed up for CATS tutoring, a tutoring service specifically made for student athletes. Patel taught organic chemistry and would have Brown as a student. On their first day working together, despite Brown’s exhaustion from practice, Patel could already see Brown’s potential.

“He did his work diligently throughout that first session, and it showed me that he’s determined to get work done regardless of how he feels,” Patel said. “He was a great student, and he always asked challenging questions. I always knew he was smarter than me since he always thought about the next step in a process or concept.”

And thinking a step ahead is exactly what Brown did when he decided to leave football after his sophomore year. He decided to focus more on his studies and responsibilities, undoubtedly becoming a more competitive applicant for medical school. Although this did lead to his added involvement on campus like becoming the director for MLK wildcats for service and a member of the Kentucky-West Virginia Louis Stokes Alliance for Minority Participation, the decision did not come without challenges.

“After I stopped playing football here my sophomore year, I was somewhat lost in the transition. At such a large university, it’s easy to fall through the cracks. I had to find myself and really find what I’m passionate about,” Brown said. “Football taught me how to manage my time, developed my work ethic, and taught me the value of accountability… Now I’m able to transfer the mindset and skills I developed playing football into other aspects of my life such as research and community service. I think that experience helped me get to the point that I’m at right now and I’ll always be thankful for that time.”

Overall, the wide variety of opportunities UK has given Brown has contributed to his growth and, in turn, the community’s growth as well. Brown credits his time at the university with making him more compassionate, more community driven, more proactive and more “comfortable with being uncomfortable.”

Though he still has a semester left before graduation, he hopes to be able to talk with President Eli Capilouto again following his Mr. Black UK and Lyman T. Johnson award win to continue discussing diversity on campus. He said he believes the first step in making UK more inclusive is ensuring the community cares, just like they did when he won his awards.

For the community and legacy Brown will soon be leaving behind, he gives this advice: Start strong academically, try different things and be kind to one another.

“Figure out the change you want to see in UK’s student body and in the Lexington community early so you can begin making an impact,” Brown said. “UK is a place for you to expand your perspective. Don’t ever limit yourself academically, professionally, socially.”