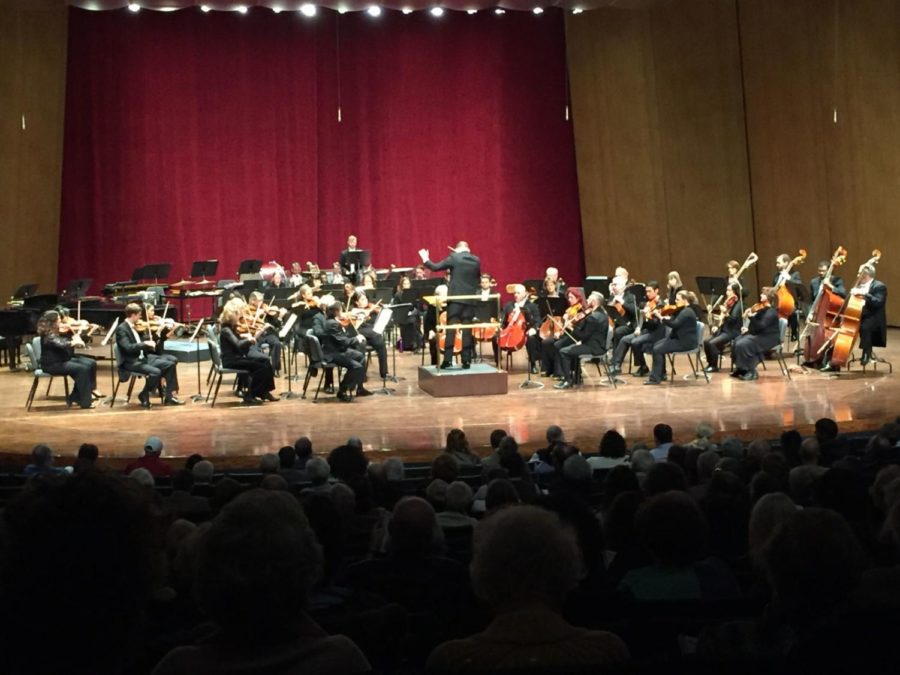 The Lexington Philharmonic Orchestra hosted "Made in America" at the Singletary Center.

On Friday evening, the Lexington Philharmonic Orchestra held a concert called “Made in America” in the Singletary Center that celebrated American music as a blending of musical traditions both here and abroad.

This concert marked the second of eight total concerts to be held this season by the Lexington Philharmonic Orchestra and will be Scott Terrell’s 10th and final year as the orchestra’s music director and conductor. While he never made mention of this being his last year at the event, he wrote a letter placed in the program distributed to everyone upon entering the auditorium.

In this letter to the readers, Terrell discussed how “bittersweet” it is to be on his final year as music director, noting how, “There have been so many fond memories during my time here, and those memories surround the thrilling and moving musical events that we have experienced together.”

But even with these memories, he said he looks forward to the remaining year, referring to it as a “season of celebration” and going on to list some future concerts that will be held. He concluded with a heartfelt “thank you” to the readers and all of the Lexington Philharmonic’s supporters.

Before the concert began, Terrell, in addition to two of the musicians in the orchestra, held a brief lecture titled “Behind the Score,” where they gave a bit of context behind the four pieces that would be performed, along with some of their thoughts of how the pieces differed in demands of the musicians. Scott Campbell, on principal trumpet, and Rajesh Soodeen, on principal clarinet, contributed their perspectives on the pieces, and each had much to say. Of the four pieces, they seemed to agree that Ravel’s Piano Concerto in G major was higher in difficulty. They likened the performance of the piece to a “wild train ride.”

Campbell continued this train of thought by saying, “Everyone is trying to hop on and off without getting hurt,” which was followed by a bit of laughter from those in the room.

The orchestra’s performance of Ravel’s Concerto featured a guest pianist, Tengku Irfan, a 20-year-old Malaysian pianist of many awards and accolades, especially for his age. Following the completion of Concerto, Irfan received a standing ovation and many shouts of “Bravo!” as he bowed and left the stage.

Of those in attendance, Mike Savage, the newly appointed manager of the radio station WEKU, was present. He had been to a few other concerts the orchestra had put on and had high views of both the orchestra and classical music as a whole.

“Classical music, in particular, is very enjoyable to see in person. It’s very lively. The music that’s being performed is hundreds of years old; it’s timeless,” Savage said. “I like classical music because it tells a story. It’s also like taking a step back in history.”

He was particularly enthusiastic to hear the last piece of the performance, a collection of four dances from Copland’s “Rodeo,” including the iconic “Hoe-Down,” which some may have recognized as the music in a well-known 1990s commercial about beef.

The Lexington Philharmonic Orchestra will be holding six other concerts throughout the remainder of the 2018-19 season, including its well-known “A Cathedral Christmas,” and finishing out the season with “Star Wars: A New Hope in Concert.”