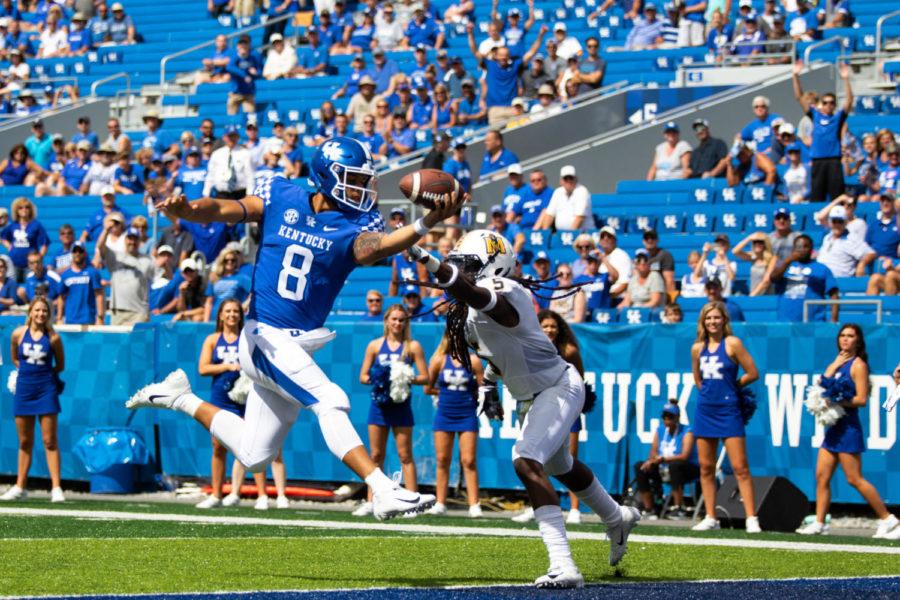 Kentucky Wildcats quarterback Danny Clark (8) carries the ball to the end zone for a touchdown during the game against Murray State on Saturday, Sept. 15, 2018, in Lexington, Kentucky. Kentucky defeated Murray 48-10. Photo by Jordan Prather | Staff

Kentucky backup quarterback Danny Clark announced on Twitter Tuesday afternoon that he will be transferring to a different school in 2019 to continue his football career.

The redshirt freshman was a previous Ohio State commit, but decommitted and decided to attend UK– he graduated high school a semester early and enrolled at Kentucky in January 2017.

Clark spent this season third on the depth chart as a Wildcat and had four rushing yards and a touchdown.