Josh Paschal honored with SEC co-Defensive Player of the Week 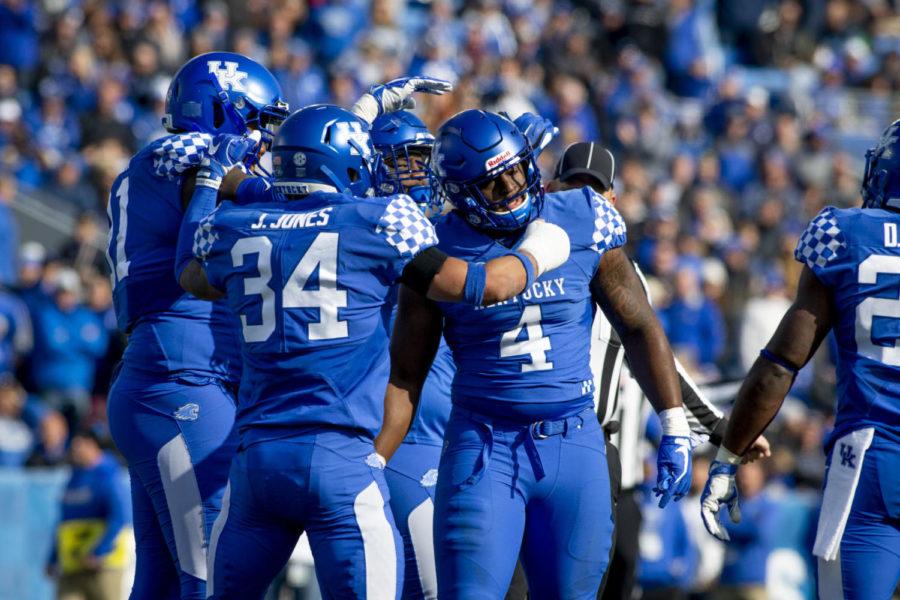 Kentucky celebrates Josh Paschal’s (4) first tackle since being diagnosed with cancer during the game against the Middle Tennessee Blue Raiders on Saturday, Nov. 17, 2018, at Kroger Field, in Lexington, Kentucky. Today, Paschal made his season debut after battling cancer. Kentucky defeated MTSU 34-23. Photo by Arden Barnes | Staff

Kentucky linebacker Josh Paschal returned to the field Saturday after being diagnosed with a malignant melanoma in July and was named SEC co-Defensive Player of the Week by the league office on Monday.

The sophomore was a starter and saw the field for several plays throughout the game in the Wildcats’ win over Middle Tennessee on senior day. Paschal recorded a tackle after chasing a ball carrier from behind on a third down, which forced MTSU to punt and brought an extended ovation from fans and players.

“That was the highlight of my year, seeing JP out there doing his thing. That’s unbelievable,” junior linebacker Kash Daniel said after the win.

After being diagnosed with cancer in July, Paschal underwent three surgeries, followed by ongoing monthly immunotherapy treatments. He worked in the weight room with the team’s strength and medical staff and was able to return to the field a few weeks ago.

Paschal and his teammates will return to the field on Saturday in their last game of the regular season on the road against Louisville. Kickoff is set for 7:00 p.m. and will be broadcast on ESPN2.