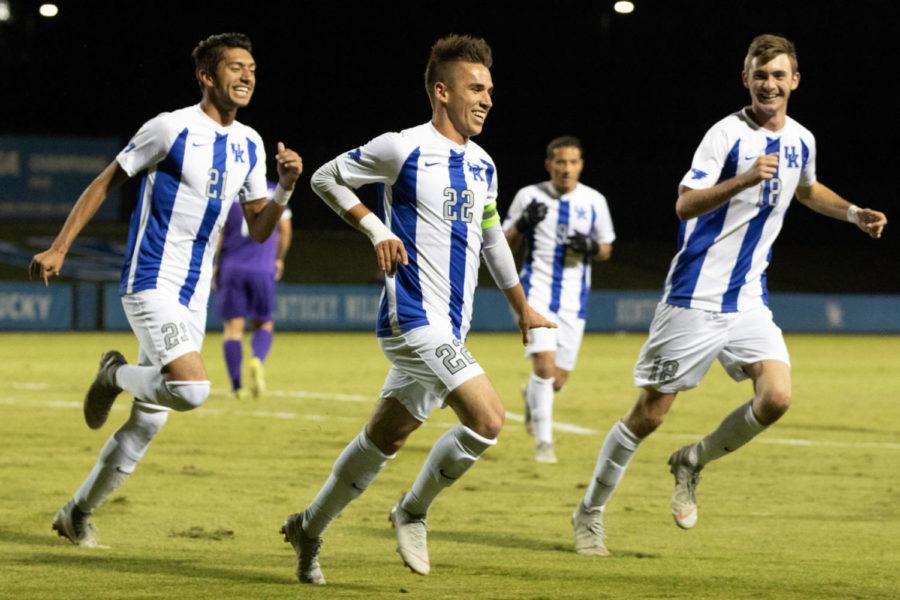 Facusse was referring to his team’s defensive efforts that helped UK prevail against UNCC.

“Whatever it takes, I’ll do it. I’ll put my face toward the ball and do whatever I have to do,” Facusse said. “I know my defenders would do the same.”

The Cats struggled offensively in the first half and only had one shot in the first 20 minutes of the game and one shot on goal in the half. UNCC’s defensive efforts were led by C-USA Defensive MVP Callum Montgomery and Golden Glove Award winner Elliot Panicco.

“We started really weak and maybe selfish,” Facusse said. “We wanted to do everything individually.”

“I got no words. I mean it’s crazy. I don’t know what to say about that,” Facusse said.

With Facusse preventing UNCC from doing damage on that drive, his fellow back four defenders consisting of team captain Tanner Hummel, Aimé Mabika, Cole Guidon and Leon Jones limited UNCC to having no more shots on goal for the rest of the first half.

“Each player on the team has a unique role and they know what their roles are. They just need to play up to their potential, nothing more nothing less,” UK head coach Johan Cedergren said.

J.J. Williams complemented UK’s defensive performance with his go-ahead goal that exploited Panicco a minute and a half into the second-half. The 49ers had seven shots in the second half compared to 12 in the first. They had one more shot on goal in the second half but couldn’t muster enough offense to ignite a comeback.

“In the second half, they [UNCC] got tired and we exploited them,” Williams said. “We had to do all the dirty work because Charlotte likes to do that and we had to outwork them.”

The Cats went up against the top-ranked defense in the C-USA. UNCC entered the game ranked first in save percentage, shutout percentage and goals against average in the C-USA. Despite that, however, it was Enrique Facusse’s 13th shutout this season that trumped over those stats.

With UK earning an outright bid in the NCAA tournament because of the win, Cedergren said that it’s important for his team to “refocus.”

“Whoever we will face is going to be a good program firing on all cylinders,” Cedergren said.