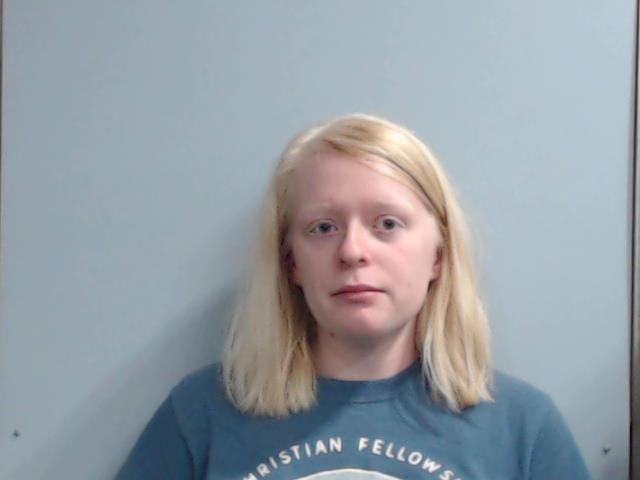 Haily Duvall, a 19-year-old sophomore at UK, was arrested early in the morning on Nov. 8 and charged with terroristic threatening and filing a false police report.

A 19-year-old sophomore was arrested early Thursday morning in connection with the threatening messages aimed at White Hall Classroom Building.

Haily Loraine Duvall was arrested by UK Police, who had been working with FBI officials, and charged with terroristic threatening 2nd degree and filing a false police report.

Duvall was the one who originally contacted UK Police yesterday afternoon to report the threats, which were made via Snapchat, according to UK Police Chief Joe Monroe.

The Kernel interviewed Duvall late on Wednesday night. Duvall had been circulating the screenshots in a large GroupMe of UK students, which led Kernel editors to get in contact with her for more information about the screenshots and her report to the police. That story, linked below, has been updated to reflect the new information.

READ: What we know so far about the bomb threat to UK’s White Hall

Duvall is now in the Fayette Detention Center and is expected to be arraigned later today. She could face additional charges, according to police.

During a police interview, Duvall admitted to posting all but one of the threats, the citation states. She told police she “did not mean for this to happen.”

She was arrested at 2:46 a.m. in UKPD headquarters. Duvall is expected in court at 1 p.m. on Wednesday for an arraignment.

Monroe said in the press release that safety officials never believed the threats were credible or substantive, but making a threat like this is still “a serious offense.”

Police officers worked with the FBI’s Joint Terrorism Task Force to use digital forensic evidence gathered from social media posts to identify the location where they believed the threats were coming from.

In a campus-wide email, UK President Eli Capilouto said that he and others involved were “confident” that the threats never had any credibility.

“But because threats of violence cause anxiety and fear, we will have an additional police presence on campus today to ensure everyone can attend classes and do their work with confidence in our safety,” he said.

Capilouto thanked Chief Joe Monroe and the rest of UKPD, Information Technology professionals and FBI officials for their “tireless and exemplary work.”

Classes and other events will occur on campus on Thursday as normal.