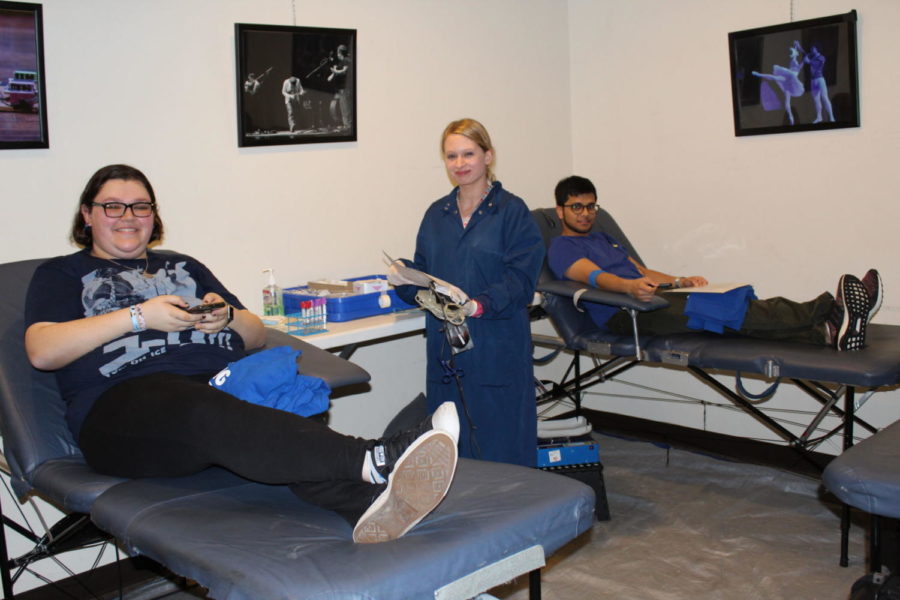 In a week-long, cross-state blood donation competition, central Kentuckians have little hope of besting their southern neighbors, but it’s still not too late to give blood and save a life.

“Kentucky fans have a long tradition of saving the lives of local patients, and we appreciate that they are stepping up again this year, even during this early winter weather,” said Martha Osborne, Vice President of Marketing for Kentucky Blood Center, in a press release.

The 31st annual Big Blue Crush blood donation challenge— put on in Kentucky by the Kentucky Blood Center— pits UK fans against the folks in Knoxville in a race to see who can muster the most blood donors in a single week, a press release stated. The competition began Monday and with one day of competition left, Knoxville is leading 2,455 to 2,076.

Despite wintry conditions around Lexington on Thursday, over 500 donors still turned out to give blood, according to donor totals listed in press releases.

“While we aren’t in the lead, we know who is really winning – the local patients who depend on Kentucky blood donors,” Osborne said in the press release. “So it’s important to have a big finish, and we invite the Big Blue Nation to save a life tomorrow.”

The Kentucky Blood Center and the Medic Regional Blood Center in Knoxville put on the competition every year to ensure that both banks have a sufficient supply of blood through the holiday season, according to the press release.

UK has won the competition the past eight years and leads the all-time competition with 17 wins, 12 losses and a tie. Students, faculty and staff who donate through Friday will receive a $10 Amazon gift card, a blue tie-dye shirt that reads “Bleed Blue” and a chance a to win an Apple Watch and a pair of tickets to the UK-Louisville football game.