Jemarl Baker not close to making debut for Kentucky basketball 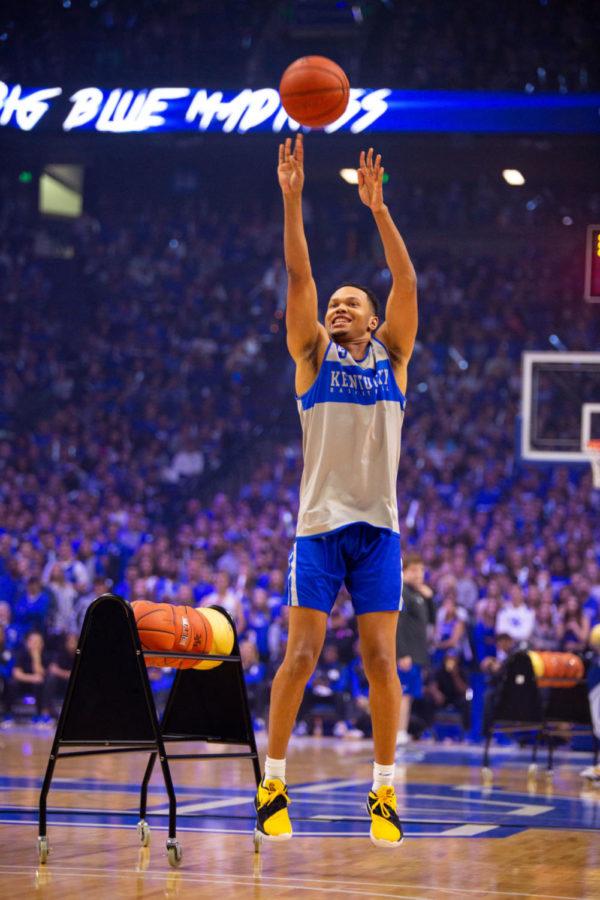 With Kentucky holding a massive lead over North Dakota for most of the second half, Wednesday evening seemed like a good night for Jemarl Baker to make his debut, but apparently he’s not close to getting any playing time.

After the game, John Calipari updated the status of Baker, saying that Baker hasn’t practice since around the Blue-White game.

“He hadn’t been on the practice floor, at all,” Calipari said. “I think he shot around yesterday and the day before but he has not practiced at all since Blue-White.”

Baker sat out his entire freshman season and the first three games of this season because of a lingering knee issue from high school. Baker has dressed in the game uniform the last two games and participated in the pregame layup line before Kentucky faced North Dakota.

Baker’s return could benefit the Wildcats, as Kentucky ranks near the bottom of the NCAA in three-point percentage. Kentucky shot below 30 percent from three before posting a 46 percent mark from three against North Dakota.