Decision in Kernel, UK case to be delayed; court will reconsider case 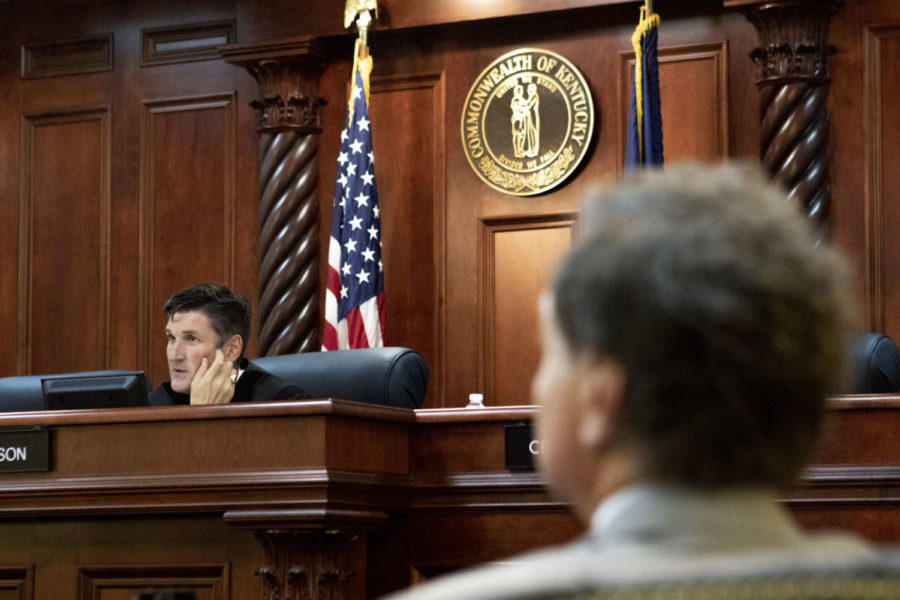 A new three-judge appeals court panel will have to be assembled and will have to reconsider UK’s lawsuit with the Kernel, the Kentucky Court of Appeals announced in an order last week. The appointment of a new panel will likely significantly delay a decision on the case.

Judge Robert Johnson, one of the judges who heard arguments from both UK and the Kernel’s legal teams in September, reached the end of his term before he could render a decision on the Kernel’s ongoing open records dispute with the university, the order showed.

A new panel will be assembled, and that panel will have to decide whether oral arguments should be heard again “or if an opinion will be rendered without the benefit of oral argument,” the order, signed by Chief Judge Denise Clayton, stated.

The order comes after the Kentucky Court of Appeals heard oral arguments in Frankfort in late September. Attorneys representing UK, the Kernel and the Kentucky Attorney General’s office argued their positions before the panel. Judge Johnson said during those proceedings that the court would make an announcement “in the next 45 to 60 days.”

UK’s case against the Kernel stems from a 2016 dispute over documents relating to a university-conducted sexual misconduct investigation of a former professor. In January 2017, a Fayette County judge ruled in favor of UK, but the Kernel appealed, bringing about this fall’s proceedings in the Kentucky appeals court.

The assignment of new judges is the latest development in more than two years of court battles over open records disputes between the Kernel and several Kentucky public universities. It’s unclear when the new panel of judges will be assembled and a decision reached.

Related: Here’s what you need to know about the Kernel’s battle for university sexual misconduct recordsDear President Capilouto: A letter from Kernel student employees