A look back at the last 9-3 Kentucky football team 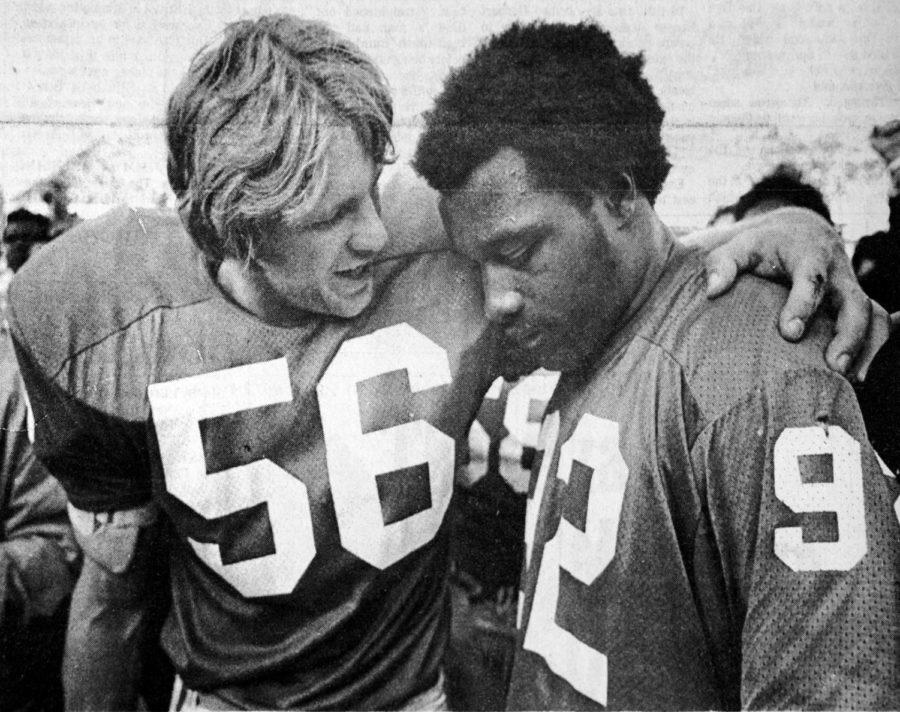 The 1977 Kentucky team under Fran Curci was one of the best, clearly, and had some iconic moments throughout. A 10-1 record reflects just how good the team was, but it doesn’t just stop with the record. One of the most stand-out moments of the season was the Border Battle game against Tennessee when the Cats defeated the Volunteers 21-17. Kentucky was ineligible to play in a bowl game due to being on NCAA probation, so with a rival game like Tennessee for their last game of the schedule, the Cats wanted to go out in style. Both teams had things going against them—

Kentucky entered the game with seven injured starters who were unable to play, and Tennessee had lost five of its six prior games. With starting quarterback Derrick Ramsey out, backup Mike Deaton completed a 36-yard pass to Felix Wilson before the injured Ramsey made a comeback and led the Cats to a score. All-American defensive end Art Still forced a fumble, which was recovered by Kelly Kirchbaum to seal the win for the Wildcats.

Kentucky defeated two ranked teams that season in no. 4 ranked Penn State and no. 16 ranked LSU. In their first game of the season, the Cats were unranked, but by their third game against West Virginia, they sat at no. 17. By the time the season was all said and done, the 1977 team finished no. 6 in the country with one loss and an unblemished SEC record. Their only loss was to Baylor in Waco, Texas, when the Cats were defeated 21-6 in their lowest scoring game of the season.

Perhaps the most memorable player for the 1977 team was the 6-foot-7, 250 pound All-American Still, who went first round in the NFL draft as the second pick overall. Still led the Kentucky defense and helped engineer the team to its 10-1 record. His NFL career landed him in Kansas City playing for the Chiefs in 1978-1987 and finished out the ride in Buffalo from ’88-’89. Five other players from the team went on to play in the NFL: Ramsey (Oakland Raiders), Mike Martin (Chicago Bears), Will Grant (Buffalo Bills), Dallas Owens (Baltimore Colts) and Jerry Blanton (Buffalo Bills).

In the 41 years since the Wildcats had as many wins as they did this season, a lot in the world has changed. To put it in context, in 1977 a gallon of gas was just 65 cents. The first-ever Star Wars movie premiered, as did Saturday Night Fever. The Clash debuted their first album and Jimmy Carter was president of the United States.

The Kentucky football team has a chance to tie the 1977 team’s number of wins as they are bowl eligible for the third year in a row.

Just like bell-bottom jeans, Kentucky football has made a comeback.