Quade Green to transfer from Kentucky 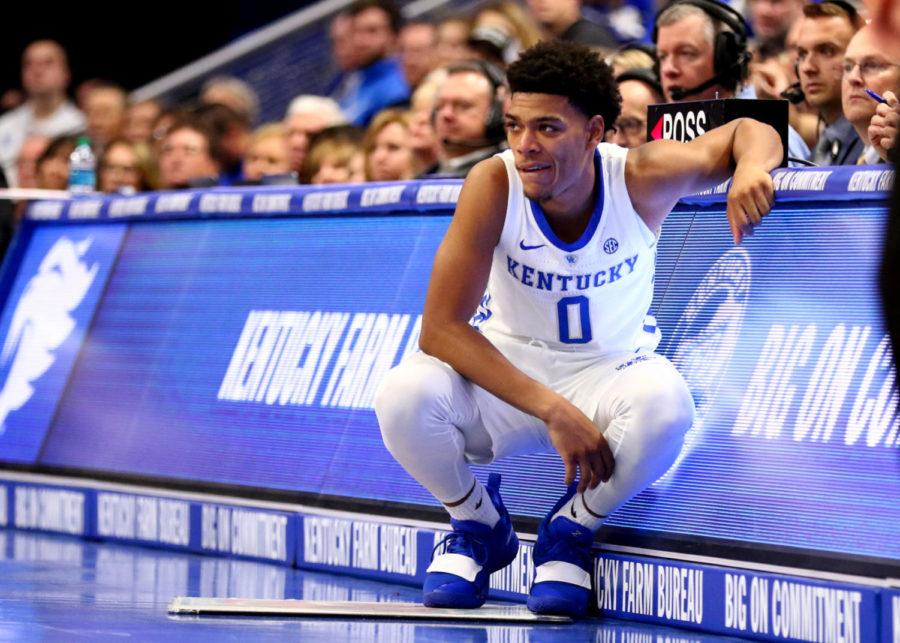 After early Wednesday reports that sophomore Quade Green was considering a transfer, UK Athletics officially announced Wednesday afternoon that the point guard will depart from the University of Kentucky.

According to a UK press release, Green notified Kentucky of his decision Wednesday and will be able to transfer to any school without any restrictions.

“I have loved my time at Kentucky and love Coach Cal and the staff,” Green said in a UK press release. “This was a difficult decision and one I didn’t take lightly. However, after talking with my family and the coaching staff, I just felt like it was best that I explore other opportunities for my athletic and academic future. I have enjoyed my time at Kentucky and I’ll never forget the Big Blue Nation for its love and its support.”

“The thing that struck me most is what a great kid Quade is. He felt like he was in a position that he couldn’t overcome and he had the maturity to come in and sit down and talk through it with me,” Calipari said. “Quade has my full support with this decision. We haven’t had many kids leave, but when we do, we always support them and, in just about every case, stay in touch with each other. I hope that will be the case with Quade.”

The sophomore appeared in 43 games for the Wildcats over parts of two seasons, averaging 9.0 points and 2.6 assists per game.

Green played in at least 17 minutes in each of the first seven games this season, but played a total of 18 minutes in Kentucky’s last two games.