Upcoming program lets participants go behind the scenes with UKPD 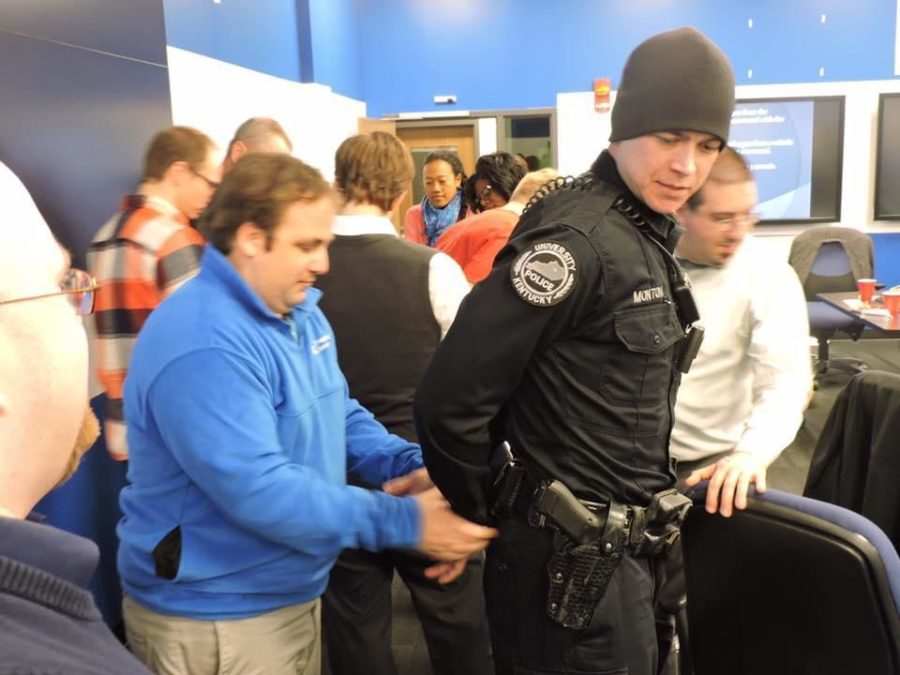 Anyone who can pass a background check will soon get the chance to meet bomb dogs, practice traffic stops and talk to FBI agents, all courtesy of the UK Police Department.

The UKPD Citizen’s Police Academy will begin classes on Thursday, said Officer Amy Boatman, the UKPD community affairs officer. The course will last for 10 weeks and every class will be on a Thursday at The 90 and will last from 6-8 p.m. It’s also free.

“I would encourage people to take the class even if they’re not really into the police,” Boatman said. “It’s just a fun class and you’ll get free food every night. You’ll get to expand your mind and really be educated.”

Every class will be catered and will feature a different learning experience that highlights some aspect of the UK police force or police work in general, Boatman said.

Anyone over the age of 18 that can pass a background check can join the class. You don’t have to be a part of the UK community.

“Everyone loves the dog night,” Boatman said. “I think that’s everyone’s favorite night. The shoot, don’t shoot simulator has been a lot of fun, and they’ve really taken the traffic stop to heart.”

The class also helps the police learn what local community members need from them.

“The community gets to learn more about us but then we get to learn about them in the same process,” Boatman said.

Over the years, some graduates of the class have really taken to the police department and even formed their own Citizen’s Police Academy Alumni Association. Boatman said the group tries to support the police in any way they can. During move-in and move-out, Alumni Association members deliver food to tired officers who are directing the high volume of traffic which visits campus during that part of the year.

“It’s really fun to see what people learn, and it’s a great bonding experience between us and the community,” Boatman said.

• Firearms / Use of Force